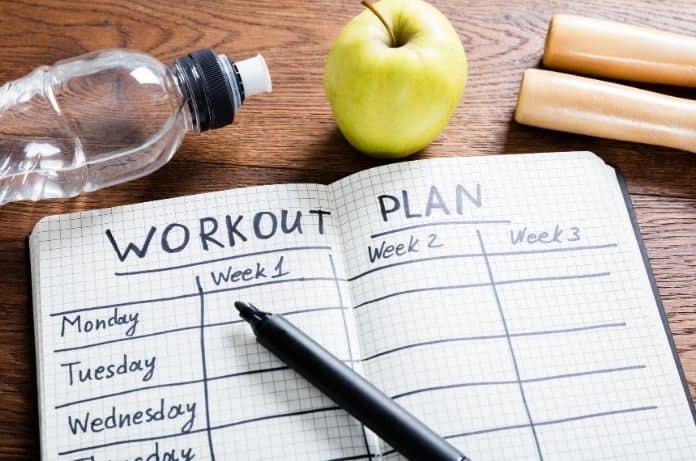 Exercise is good for you—it boosts your mood, ups your energy levels, and reduces the risk of developing type 2 diabetes, depression, or stroke. But for people who ask, “Can exercise alone help you lose weight?”, the answer is—probably not. Exercise alone may get you started on weight loss, but evidence suggests that keeping off the weight and maintaining a healthy lifestyle requires changes beyond increasing exercise.

One study from the Obesity Society showed that intense exercise—such as running at five miles per hour five times a week for an hour each time—yielded weight loss of 5 to 7% of a person’s original body weight, but the study was conducted under lab conditions where participants’ caloric burn rate was precisely measured. In real-world conditions, however, most people tend to underestimate how intensely they exercise. Even if they go at it for an hour, they may only get 40 minutes at the intensity necessary to produce weight loss results.

Another phenomenon called compensatory behavior counteracts the benefits of exercise—having completed their workout for the day, some people tend to move less for the remainder of the day, reducing the overall number of calories they burn. Worse, others think that the exercise earns them a beer or a sweet treat, which can immediately replace the calories the exercise just burned.

Then there’s the matter of sticking with an exercise program. Sticking to a diet program is difficult, but exercise changes metabolism and alters dietary preferences. Diet has been shown to be significant in maintaining weight loss, while exercise makes dietary changes easier to endure.

According to a compilation of studies prepared by Vox.com, burning more calories than you consume in order to lose weight is harder than it sounds. Even vigorous exercise accounts for only 10 to 30% of total caloric burn per day. The other factors involved are your basal metabolic rate (how much energy your body burns while at rest), the energy it takes to digest food, and the energy burned during physical activity. Even intense exercise cannot eradicate regular intake of too many calories and foods high in sugar. Not eating 500 calories of cake has the same effect as running for as long as it would take to burn those calories off.

Every year, a new diet fad promises that a certain combination of foods is the magic formula for weight loss. The truth is that basal metabolic rate and calories—combined with gender and overall body size—affect weight loss. Anyone who has tried to lose weight and keep it off can attest to how difficult that is. Exercise can rev up a sluggish metabolism, but it may not fully repair the metabolic damage of a previously sedentary lifestyle.

Exercise makes you feel good, but can exercise alone help you lose weight? Studies lean toward the negative. Limiting caloric intake is still at the heart of weight loss. If you’re doing that and you still aren’t losing weight, many other factors may be impeding your weight loss, including sleep deprivation, stress, and hormonal problems. Consult your doctor before starting any weight loss program.

What is the Best And Most Affordable Dip Bars In 2020?

The Incredible Health Benefits of Deadlifts

Muay Thai Gyms Can Boost Your Health: Here’s What You Need To Know Now!

Exercises for People Who Hate To Exercise

Exercisers in Their 40s and 50s Should “Agercise” Their Workouts