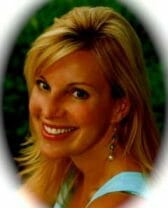 Imagine yourself lying on a bed in the pre-op area in your local hospital awaiting members of the surgical team to transport you into the operating room. Those final few minutes are generally filled with minor chitchat and maybe a hug from a loved one before they’re ushered back out into the central waiting area as you’re ushered in to the OR. You might be a little anxious, but overall, you’re simply ready to get fixed and on your way to feeling better, healthier.

Then, the worst-case scenario occurs. Instead of a nurse arriving to escort you into the operating room, you receive a visit from the anesthesiologist who is there to inform you that your surgery has just been cancelled. You’re shocked and your immediate thoughts wander naturally through various possible snags. Is there a problem with the surgeon? The attending staff? Some type of equipment failure?  Maybe a sudden emergency situation that’s taken priority over your scheduled procedure?

Truth is, it’s none of the above. The unhappy expression found on the faces of your doctor, his surgical team, and the surrounding hospital staff, aren’t due to anything within the realm of their control. Rather, yours. What was once an isolated event has grown into a burgeoning problem in hospitals and medical clinics across the country. In more ways than one, a patient’s weight (excessive weight, that is) is causing more surgeries to be cancelled last minute because of the potential (and frequently life-threatening) risk to the patient.
Used to be when you heard the news that you’d need to undergo a surgical procedure, a patient would necessarily consider the who, what, where, when and how’s. Today though, it isn’t the physician, nor is it an insurance company, or even the technology that’s standing in the way of some surgeries. The question being asked nowadays is a weight-related one. It is troubling that for a growing number of patients the most problematic obstacle to getting better rests solely on their shoulders (and on the rest of their body). Unfortunately, it is their own excess weight that’s holding these overweight men, women, and children hostage from overall good health and even more criminally, from receiving urgent medical care of the direst lifesaving sort.

There are some individuals who naively voice minimizing this issue of epidemic proportions [Two thirds of Americans are now either overweight (defined as a body-mass index (BMI) of 25 or higher) or obese (A 30-plus BMI)], stating that it doesn’t affect them personally. These particular obese persons believe they can be simultaneously both overweight and healthy. However, no one can convincingly argue that if sudden urgent medical care is required that the obese are on a level playing field concerning surgical risks as their normal-weighted counterparts and the statistics prove it.

The fact is, none of us can anticipate when an emergency medical situation will occur requiring immediate surgery. Nobody plans on getting into an auto accident or injured on the job, but it happens every day, in every city across our nation. And in comparatively similar fashion, a frightening number of patient casualties occur when medical professionals are forced to refuse treatment to people because the risk is simply too great pre-operatively, during surgery, and post-operatively.

If you are now numbered among the two-thirds of Americans who are overweight, you’ll want to pay particular attention to the conversation you have with your doctor before scheduling surgery of any kind.  As you sit in front of your physician and he informs you that you’ll need to undergo a surgical procedure consider closely what he’s telling you as well as what he isn’t. Your surgeon will explain that because of your excess weight you are at an increased risk for anesthesia complications, blood clots, wound problems and your rehabilitation experience will likely be more difficult and longer in duration than normal-weight persons. If you’re having a joint replacement surgery, you can almost count on the appliance wearing out prematurely as well (anyone seeing a follow-up surgery in their future?).

As if these warnings weren’t tough enough to swallow, take this solemn conversation a step further and inside the real mind workings of your doctor. What he may not tell you because it’s so discouraging to him as the medical professional whose job it is to heal you (and as the primary directive from which he operates both literally and figuratively); is what he’s seen transpire in case after case in previous obese patients under his care. As your physician is speaking, remember he’s also running a mental dialogue though his mind of how your surgery (as an obese patient) will differ from a normal-weighted patient. He, as the operating surgeon, knows the difference and you, as the patient, should too because this difference is huge.

From your surgeon’s perspective, he has no choice but to accept the additional risks and challenges of operating on someone whose very weight makes it exponentially harder to perform his job (fixing you) from a purely technical standpoint. Doctors report that they frequently encounter morbidly obese people telling them, they (the patients), are willing to accept the increased risk for complication without a thought for the difficulty that their surgeons will encounter during the procedure as well as what this increased risk for complication means to the physician as the responsible party. There appears to be a mistaken assumption among some obese patients that their weight is not a factor that might affect their surgeon’s ability to perform the intricacies required during any medical procedure. Similarly, some other patients falsely believe that their surgery can be executed with the same ease as a patient of normal weight.

Patients must also understand that weight-related health risks are alive and well even before an individual enters the operating room doors. Excess weight puts a patient at a disadvantage even before surgery is scheduled as extra fat can render some clinical tests ineffective at detecting potential and existing health problems. Amy Parham, weight loss participant on The Bigger Loser television show, remembers her wake-up call after viewing her Dexa Scan for the first time. She recognized at that moment how her extra pounds were punishing her organs and lungs hour by hour, day after day. “It was eye opening to see that the fat was not something that was not only keeping me from buttoning my smaller pants, but it was also shoving my organs around and prohibiting them from working properly. Even my lungs were so compressed I couldn’t breath well.” Parham realized that as much as she hated how fat looks on the outside, “It is the fat that we don’t see, (on the inside) that is killing us.”

Beyond the above risk complications already cited, your doctor knows that your surgical outcome may not be what you’re expecting because even with the most skilled surgeon working on your behalf, your excess weight will continue to hinder mobility and range of motion post-operatively. No matter what side of the surgery table you’re on, both doctor and patient enter the situation at a disadvantage because both are fighting to overcome weighty odds of the most costly kind. Obesity isn’t a lifestyle gamble worth playing with; it’s a risky venture whose stakes will continue to rise to life and death proportions with every pound gained. A life and death risk Parham came to understand, “I believe that many times vanity is the motivation for wanting to lose weight, but people need to wake up and realize that they are playing Russian roulette with their lives by the choices they make. I was slowly killing myself and didn’t even know it.

Reasons to Lose the Excess Before You Need to—
* Surgeons use smaller incisions, thus less bleeding from the operative wound in lighter patients than obese ones.
* Potential problems with anesthesia are minimized because a lesser amount is required during surgery for smaller weighted individuals.
* Postoperative rehabilitation is shorter and easier on thinner patients.
* Joint replacement hardware such as knees and hips last longer on patients of normal weight.

Michele Howe is author of the Burdens Do a Body Good.