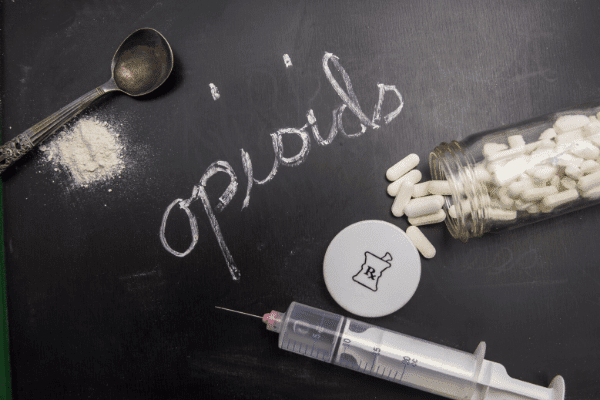 The opioid crisis. Everyone knows what it is, and it’s something that has personally affected a lot of people. Over the last four years, the focus of this epidemic has been shifted to drawing attention to the misuse, overprescribing, divergence, and misrepresentation of opioids by pharmaceutical companies. And rightly so.

Pharmaceutical companies have always been profiting off of opioid use for years, but when drug overdose deaths started to triple between 1999 and 2014, pharmaceutical companies also began profiting off of people’s lives as well. But let’s rewind a bit. No one has predicted that opioids would become the mass killer they are today. OxyContin and Vicodin, the most widely prescribed painkillers in the U.S., have also become the leading cause of death in 16 states, surpassing car accidents, which have held the title for decades.

These drugs were used to treat acute pain after surgery or severe pain from cancer symptoms. At the time, the number of deaths from opioids were so low they seemed inconsequential and more of a random occurrence than a pattern. In the late 90s, it only made sense, then, to extend the benefits to patients with chronic pain as well. What started as a good intention eventually became the fuel that flamed the epidemic.

By 2002, there were over 6.2 million prescriptions for OxyContin, up from 670,000 in 1997, and over 45 million total opioid prescriptions. By 2016, 62 million patients had at least one opioid prescription filled. And you know the cycle. As doctors prescribed an increasing number of painkillers to patients, they found so much solace in the relief that they formed a dependency on the drugs; those painkillers eventually lost their luster (as they always do), which led patients to turn to illegal drugs like heroin and fentanyl.

Efforts to curb opioid addiction have stabilized the number of overdose deaths over the last three years, but there were still over 68,000 deaths as of last year. Addressing the epidemic is more than important, it’s urgent. However, reducing prescriptions isn’t enough. The focus must also be on prescribing guidelines, drug monitoring programs, and finding alternative ways to treat chronic pain.

The media, the CDC, and numerous medical societies have asked doctors to become front-line soldiers in this battle. We know that opioids have no long-term benefit on chronic pain. But this has left a huge gap in patient care, with many patients wondering how they are going to manage their lifestyles without painkillers.

The opioid crisis is harrowing and heartbreaking, but these patients deserve better. As a concerned specialist, my duty is to help alleviate my patients’ chronic pain. The National Institute of Drug Abuse says they are working on creating new pain medicines that will eventually replace opioids, but their director, Nora Volkow, warns it would be at least five to ten years until they’d be ready — but that’s best-case scenario, as it’s possible they never reach the market at all.

The opioid crisis has not only affected the people who have developed an addiction to the drugs, it has also affected every patient struggling with chronic pain.

You are never too small to make a difference

I’ve had the honor of practicing medicine in the great state of Iowa for over ten years. As a small town doctor, I need to be a resource for patients that are suffering from chronic pain, to understand, treat, and help manage as many of my patients’ symptoms as possible. Drug overdose deaths are now more common in rural areas than urban settings by population size. Because of a lack of alternative treatment options, rural doctors are actually more likely to prescribe opioids to their patients.

There are more elderly people living in rural areas, which means there are higher cases of arthritis. Similarly, residents in these areas typically work in more physically demanding jobs, which leads to more injuries. Many doctors have begun decreasing prescriptions, like giving women enough painkillers after a cesarean section to last a few days rather than lackadaisically prescribing enough for a few months.

But we need to do better, and we need to do more. This means finding natural modalities to chronic pain treatment and working to eliminate opioids completely. Since I’ve shifted my focus, we’ve been able to successfully take between 2,000 and 3,000 patients off of their prescription opioids. It’s possible, we just need to do the research.

There is no easy solution to the opioid crisis. Not only isn’t it a black-and-white situation, it is also a lengthy process. But there are options.

My hypothesis is that chronic inflammation is linked to chronic pain, so when you focus on anti-inflammatory treatment, it can help reduce a patient’s pain levels. Currently, Unity Point Health PMR has started a clinical trial of the use of a dietary supplement for chronic pain management. Our goals are to identify substances that can help promote pain reduction and improve functional status without the use of opioids.

Naltrexone is used to treat addiction in people who struggle with a dependency on both opioids or alcohol. Over the past two years, small studies have claimed that low doses of naltrexone have been found as an effective way to curb chronic pain symptoms. It works to decrease inflammation and increase endorphins, but one of its major benefits is that patients don’t feel high and, therefore, won’t cultivate cravings that lead to addiction.

Cannabis has been making headlines as a solution for chronic pain management. There is still concern surrounding what possible side effects it has, or how effective it really is, but its positive benefits are impossible to ignore. Patients reported a clinically significant reduction in their pain symptoms, and chronic pain related to cancer, migraines, and fibromyalgia can be helped, although this research is a little less clear. While research still has a long way to go to unveil all of its physical benefits, its effects on anxiety have been profound.

The battle to eliminate opioids will be a long, arduous, and potentially futile one, especially on a larger scale, but as long as I am practicing medicine, it is my responsibility to do all that I can in the best interests of my patients.

Why Biodiversity Is Important to Human Health