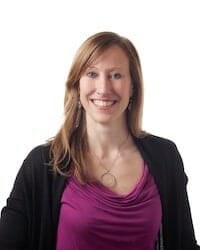 Anorexia nervosa is a complex and extremely serious disorder. Fortunately, if discovered and treated early, the prognosis is favorable. Its victims, usually female, can be restored to positive mental, emotional and physical health, and go on to live happy, productive lives.

Unfortunately, the reverse also holds true. Those who struggle with anorexia for years, even decades, may experience profoundly negative physical and relational consequences. Although anorexia is a psychological disease, it eats away at a woman like cancer. A cancer cell may begin its life in the breast, brain or bone; but given enough time, it will metastasize throughout the body with a singular goal of destroying all healthy tissue it encounters.

Similarly, anorexia may start with a simple fast or diet and associated weight loss. But, once this disease gets a firm grip on its subject, it too metastasizes – and it doesn’t stop at merely ravaging a woman’s body. Instead, it strives to destroy her entire life.

Anorexia kills people. In fact, this disease enjoys the highest fatality rate of any psychiatric disorder. Certainly, the majority of those who have anorexia will not die, but the long-term consequences of this disease can be severe.

The brain actually shrinks due to lack of nutrition. The skeletal system is damaged, especially if the anorexia occurs in adolescents before the bones are fully developed. Nearly 90% of women with anorexia experience osteopenia and 40% have osteoporosis. This bone loss is usually permanent.

Because the entire hormonal system is compromised by starvation, infertility often results and can be permanent. Perhaps the most endangered organ in the body is the heart. In fact, the most common cause of death in anorexics is heart disease. Much of this is related to muscle deterioration. As the body strives to maintain life, it starts consuming its own muscle. The heart is not immune.

The destruction intended by this disease is not confined to the individual with anorexia. Whether the connection is a set of parents with an ill daughter, or a husband with an anorexic wife, the relationship can be dramatically impacted, if not destroyed altogether. This is no surprise to anyone. Anorexia is unfathomable to those who do not have it.

Whereas a woman may have some understanding as to why she embraces certain behaviors, those in a relationship with her don’t. The bottom line is starvation makes no sense. With each additional pound lost, the anorexic inevitably changes. She becomes more obsessed with food and weight, frequently loses interest in normal life and activities, and often isolates.

Basically, she transforms into a completely different person. Friendships, even marriages, often end due to frustration or fear. Although parents may remain connected and involved, even that relationship is impaired as they watch their daughter slowly abdicate all control to the disease.

This is why family therapy is so critical, helping all of those involved understand and communicate so that everyone can achieve recovery, not just the one suffering from the disease.

The long-term consequences of anorexia are grim. However, with early intervention, a woman’s health can be restored and her life regained.