Pittsburgh Healthcare Report Dedicated to your health and wellness
Home Women Women and Thyroid Disease: Could You be Undiagnosed or Undertreated? 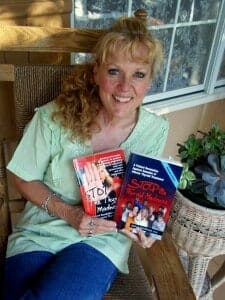 The 21st Century gave birth to something quite remarkable and life-changing for women: a vocal thyroid patient revolution that has turned the traditional “diagnosis” and “treatment” of thyroid problems on their heads.

Namely, thyroid patients worldwide made the woeful but important discovery that they’d been poorly diagnosed or undertreated for more than 50 years! This was a huge and bold realization in the face of a medical community that has rigidly held to the superiority of their beliefs!

Why did this medical calamity happen for so long? Because patients have been led to believe that a pituitary hormone lab test called the TSH (Thyroid Stimulating Hormone) was enough to diagnose by (it wasn’t and has left millions undiagnosed for years with worsening symptoms), or that T4-only medications like Synthroid, Levoxyl, or levothyroxine were good treatments (they weren’t and left patients with continued and problematic symptoms).

Each of those problems have resulted in millions dealing with their own degree and kind of symptoms, either without a good diagnosis, or while on thyroid meds, and which have included: easy fatigue, the need for naps, chronic depression, anxiety, poor energy or stamina, easy weight gain, dry skin or hair, hair loss, muscle weakness, rising cholesterol or blood pressure, heart problems, bone loss, acid reflux, aches and pains, additional dubious diagnoses of Fibromyalgia or Chronic Fatigue Syndrome, and many more symptoms of continued hypothyroidism unique to each individual.

Even worse, frustrated patients worldwide reported having to endure the following statements made by their doctors:

So what did patients do about all this? They compared notes in internet patient groups, they did their own research, and they got wise. First, thyroid patients discovered far better labwork to pay attention to, which includes the Free T3 and Free T4, not just the TSH. T3 is the most active thyroid hormone and positively influences the health and well-being of the entire body. T4 is a storage hormone, held for times of need, and mainly meant to convert to T3.  “Free” in front means it’s measuring what is available and unbound.  And patients learned that good lab results have nothing to do with just “being in range”, but “where” in the range they fall.

Second, patients found a much better medication: natural desiccated thyroid (NDT). NDT had always been there since the 1890s, and gave patients exactly what a healthy thyroid would give: T4, T3, T2, T1 and calcitonin. But money-hungry pharmaceuticals had pushed a good treatment aside in favor of a so-called “new and modern” medication called T4-only (and doctors all over the world fell for it).  Unlike T4-only, NDT was removing all the symptoms of a poor treatment, one by one. Patients lost the depression, regained energy, ditched the naps, regained bone mass/thicker hair/softer skin…and got their lives back again.

And finally, thyroid patients have discovered and treated a slew of problems they had acquired thanks to either being undiagnosed or undertreated for so long: low levels of Vitamin D and other nutrients, iron anemia, low B12, autoimmune problems, and adrenal fatigue.

Today, the rallying cry is “Learn from Patients!” Thyroid patients have walked the path, learned the lessons and gained the right knowledge to help you walk into your doctor’s office informed, and to have the courage to demand the right treatment for a much better quality of life.