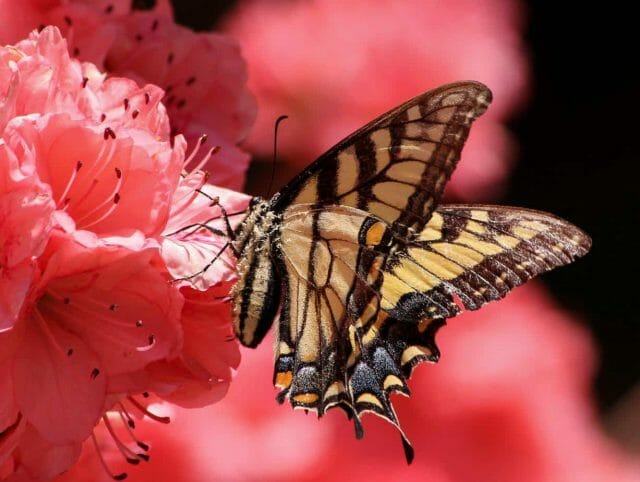 In 1961, mathematician Edward Norton Lorenz made a discovery that subsequently led to the modern studies of Chaos theory. He found that small differences in a single variable can have profound effects on later history that are impossible to predict. Lorenz used the example of a butterfly flapping its wings, creating tiny changes in the atmosphere that could cause a chain of events and lead to extreme weather conditions elsewhere. This significant breakthrough became known as the “butterfly effect”.

The corollary of the butterfly effect is that tiny alterations in a larger system can make a big difference. When applied to the wider concept of society, it’s easy to see why the butterfly effect is regularly used as a way of galvanizing individuals into taking action for the greater good. Of course, the notion that, as individuals, we are too small to make a difference has been challenged repeatedly throughout history, particularly in the concept often attributed to Gandhi: “be the change you wish to see in the world”.

So where does meditation fit into all of this? 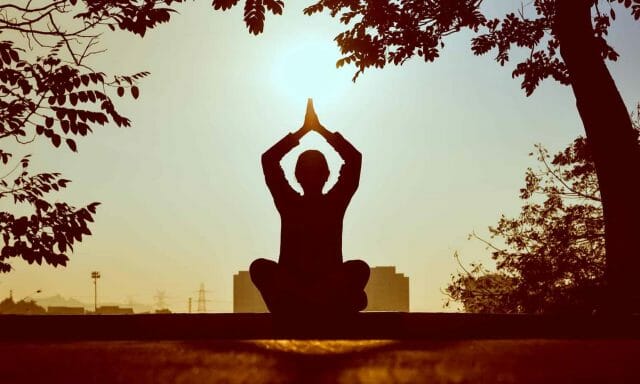 Time and time again, scientific and medical studies confirm that meditation has profound effects on the physical, mental, and emotional well-being of individuals. Reports indicate that taking up a regular practice can lower blood pressure, reduce the likelihood of cardiovascular disease, and improve symptoms of depression, stress, and anxiety. The overwhelming evidence from these studies has led to an increase in the prescription of meditation as a mainstream approach to health care. Although this approach has been a common practice in India for thousands of years, the link between mind-body therapies and the improvement in health and well-being is finally becoming more widely accepted in the West.

The physiological effects of meditation even go so far as to impact gut health. When the body experiences stress, it depletes healthy bacteria that are crucial for nutrient absorption, metabolic function, and immunity. These bacteria also help to regulate cortisol, serotonin, GABA, and oxytocin, which are all essential for managing stress levels. When these bacteria are out of balance, it throws your whole body off kilter and you end up in a vicious cycle of stress-related illnesses that can be extremely difficult to shake. By regularly meditating, we reduce our stress levels, which, in turn, keeps our gut bacteria healthy.

It doesn’t stop there. Meditation is also proven to dramatically improve overall IQ. A study by Siegfried Othmer, the former president of the neurofeedback division of the Association for Applied Psychophysiology and Biofeedback, found that participants using brainwave training demonstrated an average gain in IQ of 23%. A further study found that after just four days of daily 20-minute meditation sessions participants exhibited significant improvements in memory, cognition, and stress levels. This can be a real boon in careers where a sharp mind and a calm demeanor are essential for success. Professional poker player Adrienne Rowsome uses meditation to stay on top of her emotions whereas chess master Keaton Kiewra uses the practice to relax and stay in the moment. A focused mind is crucial when involved in such cerebral career paths, and meditation can be a great way to achieve the tranquil state needed to triumph.

A regular mindfulness practice also leads to improved self-confidence. By relaxing and quieting negative thoughts, it is possible to drastically alter states of anxiety and low self-esteem. Those who suffer from depression, anxiety, and stress may find that their interactions with people are inhibited due to the negative emotions that they experience. By working through those emotions, interactions with others become easier and more fulfilling, which, in turn, creates a knock-on effect.

So, with these individual benefits arising from the practice of meditation, what happens when groups of people meditate together? Interestingly, research indicates that large group meditation can even go as far as lowering the crime rate. 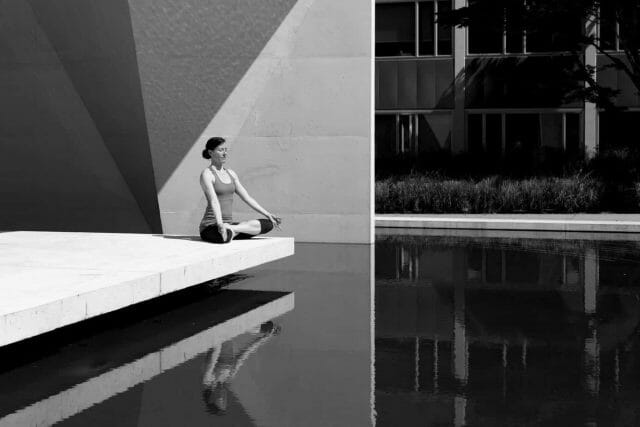 In 1993, a carefully controlled experiment demonstrated that a group of nearly 4,000 practitioners of Transcendental Meditation were able to reduce bad behaviour by 23% during an 8-week period of daily group practice. The odds of this result occurring by happenstance were calculated at less than 2 in 1 billion.

A further study of a large meditation group over the period 2007–2010 found a significant decrease in the national homicide rate and urban bad action. The group consisted of more than 1,725 participants, which was the square root of 1% of the U.S. population at the time. A further experiment, conducted in the 1980s, discovered that during a set period when 1,000 people in Jerusalem mediated on world peace, conflict deaths in Lebanon reduced by over 75%.

To some extent, the laws of physics can explain how this may have happened. The study of matter, energy, and the interaction between them has led to the theory of the ripple effect, which is based on the understanding that we are all connected. What you do and think affects the people around you, which, in turn, impacts the people around them and so on. A group of happy, positive people will, in turn, create a happy, positive chain of events, which could end up having far-reaching consequences.

Superstring theory also lends weight to the argument for group meditation. The notion that waves of vibration flow from everything in the universe mean that a collective effort could have a positive impact on the consciousness of the population. If a large enough group is pulling the same strings in the same direction, a common goal can be easily achieved. Even the laws of attraction support the claims that group meditation can make a difference, so by focusing on a common purpose, we can work together to manifest the solution. This concept has been popularized by the famous book “The Secret”, in which readers are taught that the manifestation of desires is wholly possible by using the law of attraction. Put simply, by visualizing yourself achieving a goal, you will achieve it.

The significance of this evidence is not lost on in Thailand. Every year, 1 million broods of learners come together to meditate for world peace at the Wat Phra Dhammakaya Temple in Thailand as part of a project to solicit change in the world. As more people wake up to the overwhelming evidence in favor of meditation, there is an increasing number of global initiatives to arrange synchronized meditation sessions with the aim of maximizing the impact of shared intentions for change.

The individual and global benefits of a meditation practice are clear. Not only do we give ourselves the opportunity to improve our own physical, emotional, and mental well-being, but by regularly meditating we can also work towards a cause much greater than our individual selves. By improving our health, our interactions with others, our IQs, our self-confidence, and our intentions, we can create a small change, which could lead to a much larger one. By meditating with a group or by taking part in a synchronized event, we can have a much larger impact on the world around us by using the combined intentions of a group of people to manifest a positive change. We could really be the change we wish to see in the world.

World peace seems a much more achievable aim with the laws of physics pointing us in the right direction. Just think, if all individuals meditated for 20 minutes a day, the butterfly effect would be enormous! So, what are you waiting for?