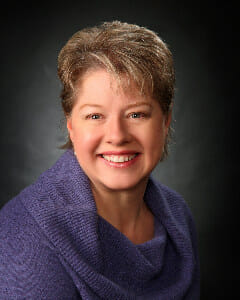 Chronic Obstructive Pulmonary Disease (COPD) describes progressive lung diseases, encompassing emphysema, chronic bronchitis, refractory (non-reversible) asthma and some forms of bronchiectasis. It kills more women than breast cancer and diabetes combined, yet many women don’t know they have it, often dismissing its symptoms — breathlessness, coughing and wheezing — as signs of aging. The disease develops slowly, generally around age 40, but earlier in those with genetically inherited COPD. You might have trouble catching your breath going up a flight of stairs, a persistent cough, chest congestion or excess phlegm. All too often, women are incorrectly diagnosed with asthma.

The good news is that screening for COPD is simple, requiring you to blow into a spirometer for a count of six seconds to measure lung function and how fast you can breathe your air out. The test detects COPD even before symptoms appear, and helps determine its severity. It’s important that women become more aware of the risks and symptoms for COPD and ask their doctor for the spirometry test to avoid a misdiagnosis, especially those over 40 with a history of smoking, exposure to poor air quality at home or work, or who have a family history of lung disease. While smoking is the most common cause of COPD for men and women — responsible for up to 90 percent of COPD — only 20 to 30 percent of smokers develop the disease due to the wide range of sensitivity to smoking-related lung damage.

Researchers are studying different potential predispositions to the disease, as well. One known genetic disorder, called Alpha 1-antitrypsin deficiency, can cause severe COPD in younger people and is not as rare as once thought.

To help prevent developing COPD, the most important thing women can do is to not start smoking and, if they do smoke, to quit. COPD is a progressive disease and stopping smoking is the only proven way to slow the rapid rate of lung function decline. Another way is to wear protective gear in hazardous workplaces.

If you already have COPD, you can learn how to avoid, or at least lessen the severity of, flare-ups by avoiding harmful triggers as well as recognizing – and taking action on – early warning signs of lung infection.

Avoid dust, allergens and lung irritants, taking care to ventilate your home while using strong cleaning products, sprays and paint. When you work in a musty basement or attic, wear a N95 dust respiratory mask (available at drugstores), and never allow smoking indoors.  Prolonged bouts of “bronchitis” can be mitigated. Ask your doctor about early warning signs of COPD flare-ups and have an action plan in place to stop them from taking hold. Get your annual flu shot and ask your doctor about getting a pneumonia shot as well.

Most important of all, women need to pay closer attention to breathing-related symptoms, just as they would to cardiac symptoms, or any other major body system-related disease. Even women who work outside the home tend to be caretakers for family members and to think of their own needs last, ignoring symptoms of ill health in order to keep on going.

If you are diagnosed with COPD, proper treatment can relieve symptoms and slow the progress of the disease. Frequent checkups are critical so that medications can be monitored. It’s also important to discuss with your doctor different COPD treatments and proven strategies, such as pulmonary rehabilitation, supplemental oxygen use if required, and COPD management education. Keep in mind, COPD is often linked to an increased risk of a number of serious conditions including high blood pressure, arthritis pain, GERD, sinus problems, depression, cataracts, osteoporosis, sleep apnea, diabetes, angina and congestive heart failure.

Although COPD is currently incurable and progressive, it is still very treatable. If women pay attention to changes in their breathing early on, they will be able to continue leading a full life and caring for those they love for a longer period of time.

Jane M. Martin, BA, LRT, CRT is the Associate Director of Education for the COPD Foundation. She has over 30-years experience as a respiratory therapist across the continuum of care, including pulmonary rehabilitation education, and is the author of over 70 articles on COPD. Jane can be reached at, jmartin@copdfoundation.org, 866-731-2673 ext. 437, or www.copdfoundation.org.

What To Know About Over-the-Counter Pregnancy Tests

The Impact of Prenatal Care Visits During Pregnancy

Who Knew Brushing Your Teeth Could Be Life Saving? How Good Oral Health Care Can Reduce Other Health Risks

Understanding the Different Stages of Pregnancy

Period Poverty – It Doesn’t Stop For A Pandemic