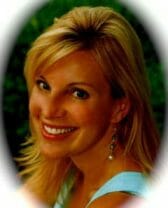 Four and a half years ago we received the news that my father-in-law was dying of esophageal cancer.

We heard the news at our grandfather’s funeral.

It was one of those moments when feelings get all mixed up with facts and everything sort of blurs together.

During the following five months—the final five months of his life—my father in law, a man who had struggled with depression for his entire adult life, fought the good fight.

He underwent every chemo and radiation process with more courage than I can imagine enduring, and there was never a complaint.

I marveled at how well he accepted, first his terminal diagnosis, and second, the grueling treatment plan that only promised to add a few brief months to his life.

For a man so given to long bouts of emotional despair, I feared the worst for him. But I was never more wrong.

Beyond explanation, he seemed to thrive during those precious last weeks and months on earth. I was able to spend considerable time with my father-in-law, driving him back and forth to radiation treatments, to doctor’s appointments, or just to run errands.

Even now, I shake my head in amazement that this man whom I had known intimately for over twenty-five years could (and would) endure certain death with such poise and peace.

Rather than us comforting him, he comforted us.

There was such grace—the kind only God can supply—during those terrible hours of suffering. Every day he died a bit more, but the memory of these precious moments and conversations can still stop me in my tracks when something reminds me of how much I gained personally from walking closely with him, even as he passed from this life to the next.

This week I was reminded.

I was sent a review book that reminded me of my father-in-law. Specifically, it made me think that the last good gift he gave each of us was his death—a good death.

I can’t adequately express how I felt when I read these words, but let me share this author’s insight on how dying can truly be a good gift.

Samuel Wells in Be Not Afraid writes:

“The gift of a good death, that last and most precious gift one can give one’s family, friends, and society, is fundamentally a witness of patience and courage. Patience to accept one’s powerlessness to change the past, and courage to open one’s life to the overwhelming unknown of the future. Patience to live with one’s humanity, and courage to face God’s divinity. That is what it means to make a final offering of a good death.”

While my father-in-law never looked at how he was dying in these terms, somehow his patience with the horrifying painful process, and his courage to face death itself, was remarkable. So much so that I remember with far greater fondness how he died than how he lived.

In every way, he gave us a very good gift.

Michele Howe is a LaSalle resident and author of “One Size Fits All.” For more information, visit http://michelehowe.wordpress.com/.