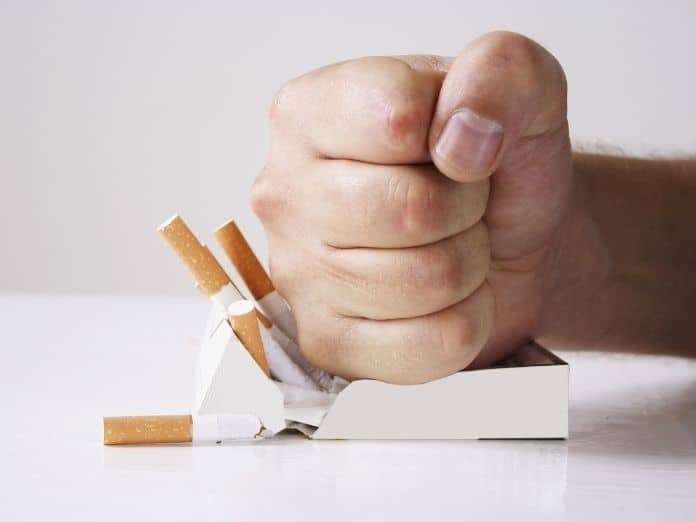 Though the days of perpetual and unavoidable cigarette smoke are gone, consigned to old memories and episodes of Mad Men, smoking is still more prevalent than one might think. In neighboring West Virginia, an estimated 23 percent of the state’s population—nearly one in four West Virginians—smokes cigarettes. Many Americans nationwide still smoke. If you’re among them, it’s time to stop. Here’s how quitting smoking will improve your life—now and in the future.

Putting Money Back in Your Pocket

The average cost of a pack of cigarettes in the United States is about $7. They’re cheaper in certain states, while others—including populous states like New York, Illinois, and Massachusetts—head the list with prices over $10 a pack, thanks in part to punishingly high taxes. Let’s do some napkin math. Maybe you’re the proverbial “pack-a-day smoker” in Pennsylvania, a state whose average pack price is $6.85. One pack a day means that you would spend $47.95 a week on cigarettes. At 52 weeks a year, you’d drop $2,493.40 annually on a product that’s slowly destroying your body. Think of everything you could do with that money instead. You could put it in an IRA, where investing nearly $2,500 year after year could yield hundreds of thousands of dollars in retirement. You could spend it on a family vacation or a new musical instrument for yourself. You can spend it on almost anything and be better off for it.

The physical and mental health benefits of smoking cessation, while just part of how quitting smoking will improve your life, are so wide ranging that they could give you all the reasons you need to put down the cigarettes forever. From the first day you go without cigarettes to years down the line, your body’s systems heal themselves, repairing damage to your blood vessels, lungs, and immune system. While it’s true that you may face the challenging symptoms of nicotine withdrawal, you can overcome them through cessation-aid products or, in some cases, through sheer will alone. These struggles represent fleeting and temporary obstacles on the way to better breathing, lower risk of heart attack and stroke, and a body better equipped to fight off viral and bacterial infections.

Quitting smoking isn’t just about living better. It’s about living longer. Smoking cessation can extend your lifespan by as many as ten years. That’s more time to enjoy life in retirement, and more years with grandchildren and even great-grandchildren. It gives you time to finally go out and see the world—which you can easily fund with the money you invested on anything but cigarettes.

How Does Fentanyl Addiction Affect the Body?

Which Treatment Is the Most Effective Rehab for Depression?

5 Powerful Tips for Overcoming Your Addiction and Staying Sober