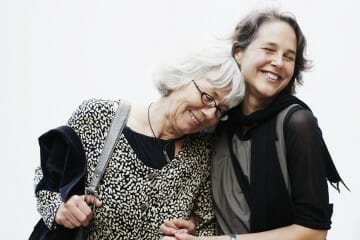 In The Cost of Hope:  A Memoir, author Amanda Bennett reflects upon  her family’s experience of the health care system along the course of her husband’s seven-year battle with kidney cancer.  Ms. Bennett examines the available medical treatment in terms of physical, emotional and particularly financial costs, and finds the system lacking in its ability to offer options and guidance consistent with the life her husband had lived, including the value he placed on stewardship of resources.

“The system masks all kinds of agendas – from the desire to live to the desire to turn a profit – that make the choices laid out before us infinitely more complex.  Confusion, lack of coordination, and lack of oversight yield expensive overtreatment – but not necessarily better care,” Ms. Bennett concludes. She reports that in the last three days of her husband’s life, $14,022 was spent on tests that suggested he receive “comfort care.”

Her assessment is consistent with the research of Dr. Joan Teno of Brown University whose study on end-of-care for dementia patients and families demonstrates  ”that the more intensive care a patient received, the more the family felt that the patient hadn’t been well cared for.”

Today the Supreme Court decides on the constitutionality of the health care reform legislation enacted by the Obama administration.  Bennett alludes to the controversy over “death panels” that led to the removal of a measure to pay doctors for having conversations about end-of-life options with their Medicare patients.  She imagines something different from the inflammatory rhetoric which emerged as she was grieving the loss of her husband:  “Wouldn’t it have been great, as death became inevitable, to have had some help in figuring this all out?”

The idea is gaining some currency at the state level. In May the Massachusetts Senate passed the “Palliative Care Awareness” amendment, requiring all doctors and nurses to talk with dying patients about their end-of-life options.  This is a huge step in ensuring patients get the care they want by informing them of all their choices.  New York State has a similar counseling law.

Family Hospice and Palliative Care President and CEO Rafael Sciullo advocates for comparable legislation here in Pennsylvania.  “Considering that our state has the third highest elderly population in the country (according to the U.S. Census Bureau’s 2012 Statistical Abstract), Pennsylvania should follow the example set in Massachusetts,” says Sciullo in a June 2012 letter to the editor published in The Almanac, a South Hills publication.

In the meantime, Family Hospice continues to provide educational outreach that encourages discussion about goals of care, including an initiative for hospital emergency room staff.   “Given that emergency room staff is trained to ‘rescue and treat,’ our initiative addresses what to do when a hospice patient (or a hospice-eligible patient) presents to their department.  Often these patients arrive because of panic at home.  Familiarizing the emergency room staff with how to have a discussion around goals of care with these patients and caregivers should help decrease readmission rates and  prevent patients from ending up in an intensive care unit when it’s counter to what they would have wanted in the first place,” says Family Hospice Manager of Business Development Eric Horwith.