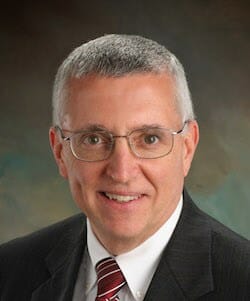 On Thursday, October 14, Alvin W. Allison Jr. publicly announced that he will be retiring from his position as President & CEO of Baptist Homes Society at the end of the year.

Mr. Allison, who joined the not-for-profit senior living organization in 2007, has served as President & CEO for the past 11 years. Recognizing the changing needs of the senior living community, Mr. Allison has led Baptist Homes Society in accomplishing a number of goals to serve the South Hills communities of Pittsburgh, especially its older adult population. These accomplishments include:

Through his career, Mr. Allison has also collaborated with other healthcare providers, representing Baptist Homes Society and providing expertise for the Healthcare Council of Western Pennsylvania, LeadingAge PA, and the Pennsylvania Coalition of Affiliated Healthcare and Living Communities (PACAH). In 2018, Mr. Allison received the CEO of the Year award on behalf of the PACAH, for his innovation, dedication and commitment to Baptist Homes Society, the residents and staff, along with the advancement of long-term care.

Al Allison stated, “Being part of Baptist Senior Services, the Baptist Homes Foundation, Baptist Homes, and Providence Point has been a huge part and highlight of both my professional and personal life. I retire with a full heart and blessed soul as my time at Baptist Homes Society has been filled with such wonderful people, amazing growth, and the great opportunity to support the welfare of seniors. It has been my pleasure and honor to be part of this great organization.”

Baptist Homes Society which operates two senior living communities—Baptist Homes in Mt. Lebanon and Providence Point in Scott Township—was established in 1910 and is known for its commitment to service, quality care and benevolence for seniors of all faiths in the Pittsburgh region. On a daily basis, the organization currently serves approximately 750 seniors and employs 550 staff in the Pittsburgh region.

Positive Qualities To Look For in a Nursing Home

Preparation Tips for Caring for Your Elderly Parents

Delay the Disease is a ‘Movement’ at Providence Point