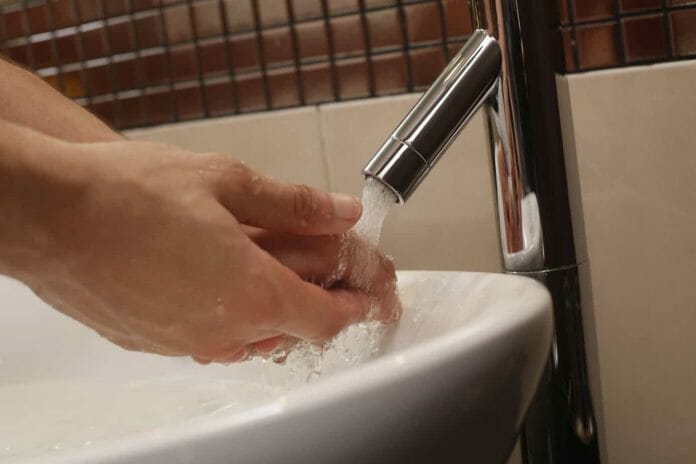 Residents of Pittsburgh were taken by surprise when a “flush and boil” water advisory was announced by the Pennsylvania Department of Environmental Protection on January 31, 2017. Within hours, stores were selling out of bottled water, restaurants were closed, and schools, universities, nursing homes, and hospitals had to enact plans in order to attain and distribute safe drinking water.

The advisory arose after water samples collected at the Highland Park reservoirs were found to contain lower levels of chlorine than desired, which can predispose the water to bacterial growth and contamination. Thus, as a precautionary measure, an advisory was ordered to not drink water without first flushing the tap and boiling the water. The water could then be used for daily activities, such as cooking, drinking, making ice, brushing teeth and washing dishes. Thankfully, the advisory was lifted three days later and no reports of compromised health have been received.

Even though the “Pittsburgh water crisis” only lasted a short amount of time and did not impact the health of the community, the potential consequences of bacterial contamination are important to understand for future incidents. This may be especially important for Pittsburgh residents because the Pittsburgh Water and Sewer Authority (PWSA) has previously reported other water quality problems. In addition, while Mayor Bill Peduto is now putting together a team to address PWSA infrastructure and protocols, there is still potential for future water contamination.

In past cases of water contamination, the main bacterial culprit has been Giardia, a parasite that particularly thrives in water-laden environments. If ingested, Giardia infection can develop and cause weakness, abdominal cramps and diarrhea, which can then lead to further health complications, such as malabsorption, weight loss and dehydration. Moreover, these health effects can be particularly serious in younger and older individuals and those with compromised immune systems, such as transplant patients. Other ways Giardia can be spread include ingesting feces from infected individuals found on unclean surfaces (door handles, changing tables, and toys) and having close contact with infected individuals. However, Giardia is relatively uncommon in the United States compared to developing areas across the world.

The Centers for Disease Control and Preventions (CDC) provides some precautionary guidance regarding Giardia infection. First, practicing good hygiene is recommended, which includes thorough hand washing several times a day, minimizing contact with animal feces, and removing children with diarrhea from child care settings as a precaution. Next, contaminated water should be avoided by not ingesting any water from swimming pools, hot tubs, lakes, rivers and poorly treated tap water (such as in the precautionary event in Pittsburgh). Further, contaminated water should not be used for washing or cooking food. Instead, only utilize water if it is bottled or boiled for at least one minute. Lastly, if any people or pets are sick, the home environment should be sanitized. In particular, gloves should be worn and all hard surfaces, carpets, toys, and clothing should be scrubbed and cleaned with soap. Individuals showing signs of Giardia infection, such as diarrhea, gas or abdominal pain, should contact their doctor to be evaluated. A number of other infections present with similar symptoms, and your doctor can provide guidance on the need for antibiotic therapy.

As the city works on PWSA infrastructure improvements, there is potential that another water supply precaution may be enacted in the future. The CDC website provides a wealth of information on Giardia (https://www.cdc.gov/parasites/giardia/) and other infections to help the public stay up to date on recommendations and to help support the health of the community.

This article was written by Margaret English, student pharmacist at Duquesne University School of Pharmacy, and reviewed by her faculty advisor, Dr. Jordan Covvey.

Margaret currently works at a retail pharmacy in addition to school. She hopes to work as a retail specialty pharmacist in the future, and incorporate preventative measures into her practice to improve patient health.