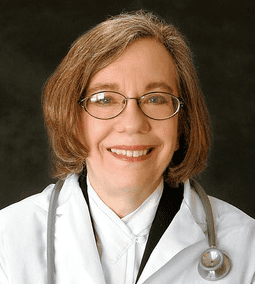 The Zika virus has arrived in a trendy area in North Miami, Florida. The numbers are so far few, but unlike the more than 1,600 other Zika-infected patients in the U.S., these patients had no history of travel to outbreak areas or known contact with people who had such a history.

So, how did it get here, and how do we stop it?

It did not get here because of “global warming” or “climate change.” That dreaded apocalypse has been taking a break for at least 18 years. In any event, Zika (or climate change) will not be stopped by wrecking the coal industry as Hillary Clinton has promised to do, thus creating severe shortages of electricity. (Coal now fuels around 40 percent of our generating capacity.) She and Al Gore may think that YOUR air conditioning threatens the planet, but the Centers for Disease Control and Prevention (CDC) recommends staying indoors in air-conditioned buildings to avoid Zika. Of course, shutting off the A/C would be even more devastating to the tourist industry than travel advisories.

People get Zika from a mosquito that previously bit an infected person. And the mosquito did not bite somebody in Puerto Rico and then fly to Florida. The Aedes aegypti mosquito flies only a few hundred feet in its entire lifetime. The ones that bit the Florida patients were hatched close to their home. And by the way, the mosquito’s ancestors did not migrate here because of global warming. They hitched a ride to North America decades ago in a load of used tires.

The infected traveler from Zika country was human. He probably had no idea that he was sick—80 percent of infected people don’t. If we were really serious about keeping Zika out, we would quarantine and test all travelers arriving from affected areas. And still more important, we would control our borders to keep illegal entrants out. We have no idea where they came from, what diseases they might carry, or where they go.

If we do nothing, a lot of people will get Zika. Most will have no symptoms, and most of the rest will have a short, mild illness and become immune to future infections. The epidemic will die down when most prospective hosts are immune. But this is not the strategy we want to follow. A few people will get Guillain Barré syndrome, which causes a potentially fatal paralysis. Worse, some babies will be born with severe birth defects including microcephaly (an abnormally small head and brain).

The CDC-recommended strategy, with do-it-yourself prevention, is a step above nothing: Don’t have a baby (and here’s a condom), wear long sleeves and pants, and apply a mosquito repellent such as DEET. It has taken an unprecedented action of warning about travel TO an area in Florida, but what about those traveling FROM high-risk areas in the Caribbean and Central and South America?

Personally I have not found DEET under socks and long pants to be effective at keeping those ankle-biters from enjoying a meal. Maybe it wasn’t strong enough. Some preparations say “10%” in tiny print. Some preparations have 30% or more. I don’t care to take a bath in it every 8 hours, and pregnant women who are taking the precaution of using a 6% preparation need to apply it every two hours. An EPA official proclaimed DEET to be safe at any stage of pregnancy, but there is a paucity of research, especially in the first trimester.

DEET does have hazards. It is flammable and potentially explosive. It can cause skin corrosion and serious eye damage. It is an acute and long-term hazard to aquatic animals. (But at least it doesn’t cause global warming.)

For troops anticipating heavy mosquito exposure, the military has uniforms pre-treated with permethrin. You can treat clothing yourself, but be careful: permethrin is highly toxic to cats.

CDC and Florida are applying insecticides, but though they aren’t working very well, it is the height of political incorrectness to suggest trying DDT, which was used in effective vector-control programs up until the early 1970s, when the EPA banned it for overblown or even fabricated environmental concerns. DDT probably saved 500,000,000 human lives without killing anyone. Nor does it kill fish, birds, or cats. We might start with a head-to-head comparison of DDT with what we’re using instead for both effectiveness and hazard.

CDC now suggests screening all pregnant women for Zika exposure at every prenatal visit. This should be a wake-up alarm. Even if Zika ultimately does not cause a large number of casualties in the U.S., it is a sentinel. Its cousins, transmitted by the same mosquito—dengue, chikungunya, and yellow fever—are far worse. So are diseases transmitted person-to-person, especially tuberculosis. Third World diseases are coming to the U.S. We’ve put out the welcome mat for unscreened human entrants, legal and illegal, while our environmental policy protects disease vectors both here and abroad.

Medical Cannabis For Seniors-The Ultimate Guide For Efficacy And Safety

4 Tips to Thrive as You Manage an Autoimmune Disease

COVID-19 Vs. Flu: How To Tell The Difference, And What You Need To Know Now If You Get Sick