Various studies from the American Center for Disease Control have estimated just how many people suffer from Tinnitus in the States. The results may shock you as the condition is much more prevalent than you probably earlier thought. If we are to talk strictly about numbers, then the number of people who suffer from the condition comes out to be about 15 percent of the total population of the States. Even though this disease is so widely spread, most of the population is still unaware of some of the disease’s most general aspects. They are also not completely familiar with how to manage the condition if it does affect them. To change that particular fact is the purpose of this article. We have thought that it is high time indeed to provide you guys with a thorough understanding of tinnitus. We will also look at how the condition can be treated. Finally, we will also take a look at how hearing aids may be able to substantially reduce and mitigate the impact of this disease on an individual. 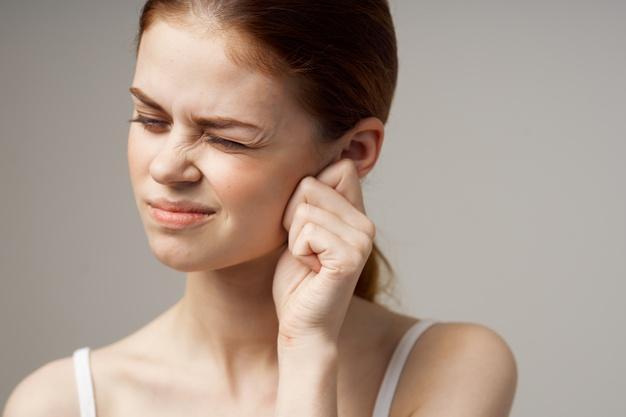 What exactly is tinnitus?

This is a particularly weird type of disease. It basically causes people to hear sounds and to pick up sounds from their environment that are not physically present.

What type of sounds do people get to hear?

Who is affected by the condition?

Just about anyone can suffer from the condition at any point in their lives. However, it is important to point out that the condition is much more familiar among people who are older. It is also very likely that people whose job requires them to be exposed to loud noises are also much more likely to develop this condition. There are many rock stars and musicians, for example, who have spent lifetimes being exposed to very large and loudspeakers on stage for very long stretches of time. There are many celebrities and musicians who have been particularly vocal about their experiences with tinnitus and how it has affected and changed their lives.

What are the primary causes of tinnitus?

Tinnitus does not affect people uniformly, and it does not discriminate when choosing its victims. However, for most people, this condition is simply a part of the very natural process of aging. One fact to remember is that as we get older, we start to lose very important sensory cells of hair within the inner ears. As this occurs, the likelihood of getting tinnitus becomes even more pronounced.

As we have already mentioned above, prolonged exposure to loud noises, especially if it is for long stretches of time, really does have the potential to bring about the onset of tinnitus. This condition can also be the result of earwax that is embedded within the passages of the ear canal.

Tinnitus also has the very real potential of being the result of some other unchecked health condition. Often, it is things such as a deficiency in the levels of B12 in the body.

Lastly, we think it is very important to note that a person can get tinnitus for absolutely no reason at all. If a person is thought to be suffering from the condition, he/she should immediately be rushed to the nearest medical center. This has to be done so as to ensure that the tinnitus is not the result of an untreated medical condition.

How can hearing aids help with the condition?

When we think of hearing aids, we think of them as a cure for some form of loss of hearing, which is very understandable. After all, that is the primary purpose of the device and is one that it has become known for. The fact of the matter, however, is that these devices can also really help treat tinnitus. It does not matter whether the person being treated has hearing loss or not. The main thing we are trying to get at here is that these devices really do hold a lot of potential for those who have tinnitus.

In fact, the hearing aids made specifically for tinnitus have a unique functionality known by the name of “tinnitus masking.” This type of masking generally involves the person affected wearing the device, where rather than amplifying the sounds present in the environment, the hearing aids actually emit sounds that are completely new. In most cases, these are broadband noise or narrow-band noise, and they usually occur at very low levels.

It is not at all unusual to be surprised by this form of treatment option. This treatment method, after all, emits new noises to someone who is already hearing too many noises from their surroundings. These types of noise are emitted in order to mask the noise that tinnitus sufferers get. When a person is getting continuously exposed to those noises, they will tend to become much less likely to pay attention to noises caused by the condition.

Will the new sounds create a new problem?

The very simple and short answer is no, it won’t. The sounds designed in these devices that are made for tinnitus have been specifically designed so that they are not obtrusive.

Do these devices work?

Yes, they do. Most people report hearing a lot less of the sounds of tinnitus when wearing a hearing aid device made for tinnitus.

Which of these hearing aid devices also have tinnitus masking?

This is a feature that is present in a whole host of hearing aid devices. If you think you will do well with one, it is recommended that you immediately go to your doctor or your audiologist. These people are the ones who are the best equipped to give you advice on choosing the right kind of hearing aid device.