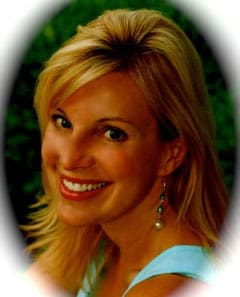 We’d like to believe we’re equipped to handle even life’s toughest challenges. We like to think that if we’re prepared enough, schooled enough, experienced enough, that we’ve got what it takes to enter any situation and handle come what may. And it’s true enough.

Preparation, schooling, and experience all weigh in on whether we are able to meet and overcome adversities. But there are some situations, those life and death matters, where no amount of pre-anything can fully ready a person to deal with the intensity and aftereffects of such highly charged moments.

Case in point. Procurement coordinator of Lifeline of Ohio, Jeffery Blitz, encountered just such an intersection. After only four months in his position at Lifeline, Jeff (then only thirty years old) had to meet with the parents of a seven-month-old infant girl who had died from complications originating from a respiratory illness.

Two days before Thanksgiving, this young couple was traveling over the holidays when their daughter contracted an illness that took her life only five days later. Within the confines of his responsibilities, Jeff had to meet, counsel, and discuss the possibility of organ donation with this suddenly grief-stricken family. Prepared as he could be, Jeff hit an internal snag en route to the hospital to ask for permission from this suddenly much smaller family. Like anyone in his position, Jeff felt torn. How exactly do you ask a parent to donate a precious intrical part of life such as an organ from one they loved so dearly? Ask Jeff, it is never easy. And yet, multiple times, week after week, this is what a procurement coordinator must do in order to pass on the gift of life.

Jeff and his colleagues continue to work within the confines of such highly emotional settings with grieving dads, moms, sons, daughters, friends, colleagues, and neighbors because they know the difference it makes, the life and death difference.  For every individual whose life ends there are countless others who are similarly struggling to survive and perhaps grieving their own loss of minimally good health and the ability to live a functional life.  Looking at it this way, we understand why Jeff does what he does, but what exactly does the process of organ look like step by step?

Jeff explains. Organs become “available” for donation only after a person has been officially declared “brain dead.” This legal form of death as defined in the (Uniform Determination of Death Act of 1981), cites that when, “An individual who has sustained either (1) irreversible cessation of circulatory and respiratory functions, or (2) irreversible cessation of all functions of the entire brain, including the brain stem, is dead.” Depending upon the situation and the circumstances surrounding the illness/accident of the patient, it sometimes takes between two and three days before the attending physician will do brain death testing. While most people are familiar with the term, “heart death,” “brain death” is also a legal form of death in every state.

Brain death can occur when a person suffers from a stroke or hits her head and considerable swelling takes place. Think of it as a “brain in a box.” Our brains are encased in a bony structure and when the swelling can’t be controlled, the brain has nowhere to go but into the spinal column. This is called herniation. The brain and brain stem move all the way down and cut off all the arteries so there’s no room for any blood flow back to the brain. After this happens, doctors will do testing to confirm brain death. Once brain death has been declared, the families will be approached for their consent and permission to begin the testing process for organ transplantation.

After consent is given, the procurement coordinators will initiate the process of evaluating the patient for possible organ donation. This process will include chart reviews, rigorous types of testing for organs determining heart/lung function, working labs for liver/kidney and eventually a thirty-page patient medical/behavioral history questionnaire must be filled out before an organ is entered into the system for possible matching with an individual awaiting an organ.

The now prospective donor will have her blood pressure and heart rate monitored closely to ensure the organs stay at peak condition while awaiting a match with a recipient. Fluids and various drugs are now administered to make certain each organ is oxygenated and the organs are kept in optimal health during the transition. Jeff confers with the appropriate transplant surgeons during the entire process as well.

After all the necessary testing is completed, Jeff enters the information into the database that opens up to a 500-mile bubble radius surrounding area if no match is found in his city. He “offers” the organs to three doctors within the database one at a time and in 1,2, 3 order (usually within an hour) each surgeon will say yes or no. Jeff continues to work down his list until he has a taker. Immediately upon receiving a positive response, Jeff must then work on getting the organ to the transplant surgeon. Depending on the organ and the location of the recipient, these precious gifts are sometimes flown out by air.

The organs are packaged carefully and given over to the transplant team where they take each donation and prepare it for the transplant surgery. Once the actual handover of the organ has taken place, Jeff files paperwork  and subsequent follow-ups with the donating family are scheduled. Counselors are also working with both the family of the deceased patient and the recipient of the organ to answer questions, receive support, and acting as liaison between the families and the medical staff.

Generally, the donating family will receive an update approximately six weeks after the transplant takes place. In some cases, when both families are interested in meeting, facilitators will arrange a private conference perhaps a year later. As Jeff notes, organ recipients are above all very grateful for this gift of life, but they also carry tremendous guilt knowing they lived because another person died. It takes time and lots of emotional and mental work to prepare to meet the loved ones who might still be grieving the loss of their family member, and not all recipients choose to meet, it is strictly voluntary.

While everyone longs for a happy ending, Jeff recalls this story of the seven-month old girl who died as particularly bittersweet. Because of her parents’ caring act, her kidneys gave life to a two year old and her liver was given to another infant. This little girl who passed away also had a twin brother to whom Jeff asked the parents to pass along the message in years to come, “Your sister was a hero!”  Life does indeed beget life.