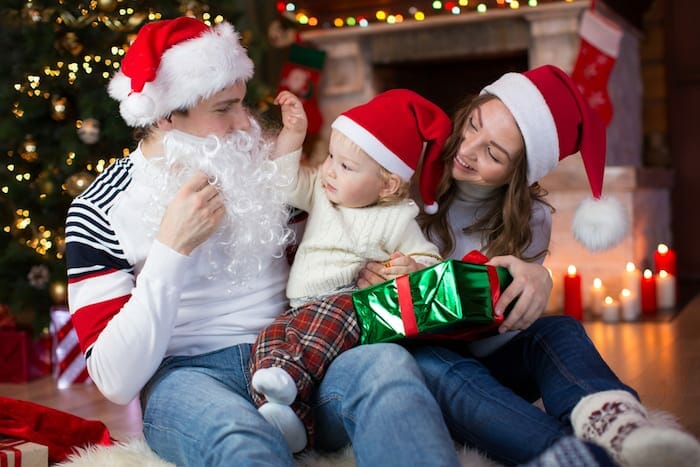 Childwise: A column for parents of children from birth to 21

Santa Claus, that big, old jolly elf that everyone loves and believes in. Well, maybe not everyone.

I decided before I had children that I was not going to “do Santa” with my kids. It was one of the few before-children decisions that I actually stuck to.

“Back in the day,” I had read an article written by a child psychologist that gave what I refer to as “the case against Claus.”  That was too many years ago for me to be able to state my source, but in a nutshell, the author said when we follow the Santa Myth, you are essentially lying to your children and that they may have unrealistic expectations on what they will receive for the holiday.

A child in an apartment in New York City is never going to get a horse as a house pet, no matter how well he behaves, she stated.

It made sense to me, but with children in the far distance, I didn’t give it much thought until a colleague of mine, an English professor, gave her students an assignment where she had them write about an experience in which they were disappointed or sad. She told me she couldn’t believe how many of her students wrote about when they found out there wasn’t a Santa after all.

Hmn…the thought became a bit more than a thought.

Before you think I am either a terrible, mean parent or a religious zealot, let me explain.

First, I didn’t want to lie to my children. It is simple. A lie is a lie.

Second, I wanted to keep the true meaning of Christmas. I wanted my children to celebrate the birth of Jesus, not a jolly old chap- as wonderful as he may be – as the holiday. I don’t have anything against Santa and think he is a delightful symbol of the holiday, but he isn’t the holiday.

I also wanted to keep spending to a reasonable amount and I wanted my children to know the gifts came from me because I loved them, not from some unknown stranger creeping into our house at night. Besides, how would they feel safe if they thought fat men could get into our house while we were sleeping via the chimney? It gives me the creeps just thinking about it.

My children were allowed to ask for three big gifts – just like the three Wise men took to Baby Jesus.  They would receive more than the three gifts, but these would be the main gifts from me. It was unbelievable how much time and thought they would put in requesting their gifts.

As it turned out, my son, Kenton, never would have believed the whole Santa thing anyways.  He loved math and problem solving from an early age and would shake his head and state that it would be physically impossible for anyone to deliver all those gifts around the world.

“It’s ridiculous other kids believe this,” he would say in his 7-year-old voice.

We also had a rule that they couldn’t tell other children that there wasn’t a Santa. I explained that other people believed in the Santa story and it wasn’t our place to tell them differently. (For the record, we never did the Tooth Fairy, Easter Bunny or anyone else, either.)

When I would tell people about my decision, reactions were mixed, many thinking I was depriving my children of some rich aspect of their childhood. Really, what? Lying to them? Presenting an unlikely scenario?

One mother actually said, “How do you threaten them around the holiday? I always tell mine if they aren’t good, Santa wouldn’t bring them any other gifts!”

Turns out, I’m not alone in my thoughts and beliefs. Dr. David Kyle Johnson, a professor of philosophy, wrote an article in Psychology Today about the subject in 2012.

Dr. Johnson has written about the subject numerous times and has received an unbelievable amount of hate mail for his anti-Santa case. His reasoning is similar to mine – he doesn’t think we should lie to our children.

My children are now young adults. Eliza, 24, Kenton, 22 and Cole, 19, have voiced their opinions about Santa over the years, always saying they were glad we never went the Santa lie route.

And no, I don’t think anyone is going to be irrevocably damaged by being told about Santa, one way or the other.

I asked Eliza while I was writing this article if she feels she missed out on anything because of the no Santa philosophy in our house.

“Not at all, I think it was better because we knew if we didn’t get something there was a logical reason behind it – aka money. Plus, we knew before everyone else, no one wants to be the last person to find out Santa isn’t real!” she said.

Of course, as most issues in parenting, everyone has to choose the route best for their children – and I chose the no Santa route.