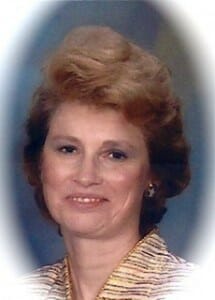 Chronic stress has been understood to jeopardize health since Hans Selye described the potent destructive power it posed for the body in his book, The Stress of Life, in the mid-twentieth century.  The question that follows is why there is increasing interest and attention to the role stress plays in larger numbers of people’s lives with increasing use of psychotropic medications in all age groups.

Stressors are omnipresent in any environment these days—the daily newspaper is evidence of this.   “Only 8.3% unemployment…Childhood hunger increased from 9 million to 16 million in second half of the last decade (1 in 5)…food and water safety are at issue… the housing market is unlikely to improve for several more years…college tuition costs are rising faster than incomes, becoming unaffordable by more and more families…health cost coverage remains wanting for a large sector of the population…in the majority of families with children older than 1 year, both parents working outside the home…the income gap in America continue to widen dramatically…climate change is causing extremes in weather around the world…Iran may commit acts of terrorism on American soil.”  These are but a sampling of sources of stress in our current reality.

The American Psychological Association has gone so far as to call stress a “public health crisis”.  Anxiety and worry is hardwired in the human nervous system, and has clearly been an historical existential reality.  So, why the recent attention and worry about worrying?

It seems realistic to perceive past sources of angst as closer and more directly connected to the day-to-day realities of the individual’s life.  Hunger could be dealt with by hunting, planting crops, moving from one area to another in times of diseased crops, drought and the like.  Making a better tool (e.g. a spear, armor, etc.) or hunting in groups could solve threats to one’s safety.  The Earth was a huge place, and hunting, farming, and fishing were plentiful opportunities for providing food, which was generally safe to eat.   A person willing to work hard was generally on equal footing with anyone else.  Barn-raisings and community home building from locally available resources made homelessness uncommon.  Large extended families provided consistency in childcare even when mothers were called to work outdoors or when widows needed to work to support the family.  Wars were infrequent occurrences that usually happened elsewhere, and did not pose the threat of mass annihilation.

What has so significantly changed in life to account for psychological burdens that contribute to disabling discomfort and spiraling costs in dysfunction and healthcare?

One can plausibly argue that the common thread in the preponderance of modern anxiety is a result of the sense of loss of control over outcome and destiny because of the distancing and disconnect of human beings from the source of the threat.

There was a time when the phrase, “Stop the world, I want to get off.” was popular.

In a manner of speaking, that was once possible by emigrating, or seeking the frontier where hardships of another kind were seen as preferable promises of greater autonomy in future life, if not for oneself, at least for one’s progeny.  This escape hatch has all but disappeared.  Recently a young man wrote an article that appeared in the New York Times, titled, “Go East, Young Man.”  He described his relocation to China where he found work plentiful without the uncertainty of his life in the United States.  However, he ultimately admitted at the end that air pollution was a significant problem and drawback.

We want and need to believe that we have some personal autonomy in our existence.  Our comfort level is directly related to that actuality.  Local and global circumstances increasingly erode this experience.  Some attempts to find remedy have been dysfunctional, and ironically increase the sense of anxiety.  Examples include seemingly unresolvable, acrid, political strife, retreat to drug-induced intoxication, as well as hopelessness and depression.

There are other means of addressing our current condition.  Before colonization of Mars and life-sustaining exoplanets, human ingenuity may allow for implementation of effective strategies such as family planning, diplomatic solutions, personal decision-making that recasts the dilemma, scientific innovations such as alternate sources of energy, and disease prevention efforts that meaningfully alter our fatalistic spiral into meaninglessness.  This will depend on each human being accepting a part in the solution.  The Arab Spring and Occupy Movements may just be a fledgling harbinger of hope.

Stephanie H. Mullany, MD is the author of Give and Take: a Roadmap to Understanding a Psychiatrist.