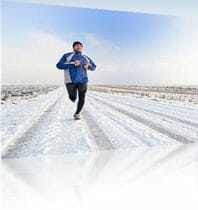 Ankle sprains may be one of the most common injuries, but they’re also commonly misdiagnosed. That’s because the two major types of sprained ankles—high ankle sprains and lateral ankle sprains—often look the same, even though they affect entirely different ligaments. Surgeons are taking a closer look at the treatment of ankle sprains at the Annual Scientific Conference of the American College of Foot and Ankle Surgeons in San Antonio this week.

The less common type—a high ankle sprain—is often mistaken for a lateral sprain. Misdiagnosis can delay getting the right treatment—and that can impair recovery.

“One problem is that the symptoms of high ankle sprains parallel those of the lateral ankle sprain, which occurs in the lower ankle area,” says Marque Allen, DPM, FACFAS, foot and ankle surgeon from San Antonio, Texas and a Fellow of the American College of Foot and Ankle Surgeons.

Pain, swelling, limited motion, and bruising in the entire ankle region can occur in both high ankle sprains and lateral ankle sprains. The difference lies in where the injury occurs and which ligaments are involved.

“High ankle sprains can get complicated, because this region has five ligaments connecting two bones in the leg, compared with three ligaments that can be affected in lateral ankle sprains,” says Dr. Allen.

The more ligaments that have been involved and the worse they are torn, the more severe the injury.

To select proper treatment, the physician must first “grade” the sprain’s severity based on the extent of ligament injury. Grading also enables the physician to predict how long it will be before the patient can return to normal activity.

Ankle sprains are common in sports, where getting back in the game is a top concern. A popular misconception is that professional players receive “magical medicine” that speeds recovery. “That’s a myth,” says Dr. Allen. “It doesn’t matter whether it’s a professional athlete or a weekend warrior, if their injuries are exactly the same; they’re going to heal in the same amount of time.”

So when a high school athlete hears it will take 6 to 8 weeks before he can return to the game and he wants to know why New England Patriots tight end Rob Grankowski played in the Superbowl only 14 days after his high ankle sprain, the answer is clear: Not all ankle sprains are created equal.

In diagnosing an ankle sprain, it’s important for physicians to understand how the injury occurred. Lateral sprains are caused by the foot turning inward, whereas high ankle sprains are the result of the foot being forced outward.

Nowhere is this difference in motion more evident than in the world of sports. “I probably see 20 to 30 high ankle sprains during the 4-month football season,” says Dr. Allen. “Then, as soon as the basketball seasons starts, they go away and I see a lot of lateral ankle sprains.”

Treatment for less serious ankle sprains involves immobilization of the foot and non-weight bearing for 2 to 4 weeks. More severe high ankle sprains require surgery and a longer time to recover.

Considering that ankle sprains vary so widely in severity, what’s a good rule of thumb for when to seek medical care? “I tell patients and trainers they should see a doctor any time there’s bruising or the inability to bear weight on that foot,” says Allen.

The key message regarding an ankle sprain is to have it correctly diagnosed and treated to achieve the best possible recovery.

For more information on foot and ankle injuries and conditions, visit the ACFAS consumer website, FootHealthFacts.org