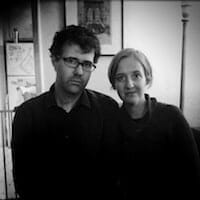 Robbed of a clean yard because you put your trash out last night, and when you woke up, it was strewn all over. You were robbed of a good mood, too. Thing is, you could easily pick the culprit out of a line-up, even though he always wears a mask.

You’d go out and shoo that raccoon away if you could, but you doubt you’d ever catch him. And after reading “Rabid: A Cultural History of the World’s Most Diabolical Virus

” by Bill Wasik and Monica Murphy, you’ll be glad for that.

Hidden inside some of history’s oldest, most important writings are clues that a scourge has plagued mankind for eons: “lyssa” is casually mentioned in The Iliad. The Code of Hammurabi proscribes punishment for the owner of an animal with it. Ancient Indian texts describe rabies and its symptoms and, perhaps not surprisingly, most sources blame the virus on the dog.

The rabies virus itself is shaped like a bullet, the tip of which carries “a malevolent payload of… RNA.”  Once the virus enters the body, it does what very few other viruses do: it avoids the bloodstream, instead “creeping” up the nervous system at an average of two centimeters a day, on its way to the brain. It moves so slowly, in fact, that it could take months for symptoms to appear. By that time, sufferers may not remember having been bitten by the animal that transmitted the virus.

Throughout history, various methods have been used in the “cure” of rabies. Ancient Sumerians proscribed magical water for the patient to drink; an interesting treatment, in light of the infection’s most infamous (hydrophobic) hallmark. Fifteenth-century English literature recommended using a rooster’s hind-end to “suck forth the poison.” Bleeding was once considered curative, as was more sex, but it wasn’t until Louis Pasteur’s then-risky vaccine that rabies was treatable and not until this century that full-blown, totally symptomatic cases have been survivable by humans. Today, the WHO estimates that 55,000 people – mostly in Asia and Africa – die from rabies each year.

And the poor dog?  Since the virus is “perfectly matched to the dog as host,” he’s definitely a carrier, but probably not the most dangerous one. On this continent, bats, raccoons, and other wild animals give Fido a run for his money.

With a good mix of history and science, blended with literature and myth-busting, authors Bill Wasik and Monica Murphy give readers a chilling look at a disease that Westerners only think about when it’s time to take pets to the vets.

That’s good. What you’ll want to remember, however, is that when they say “Rabid” is “not for the squeamish or weak-kneed,” they’re not exaggerating. Pet lovers, especially, need to know that while there’s great information here, there are also parts that will turn your stomach.

Still, “Rabid” is lively, often borders on amusing, and is otherwise enjoyable, despite truly cringe-worthy parts. If you’re feeling brave and want to read something unusual, it’s a book to steal away with.