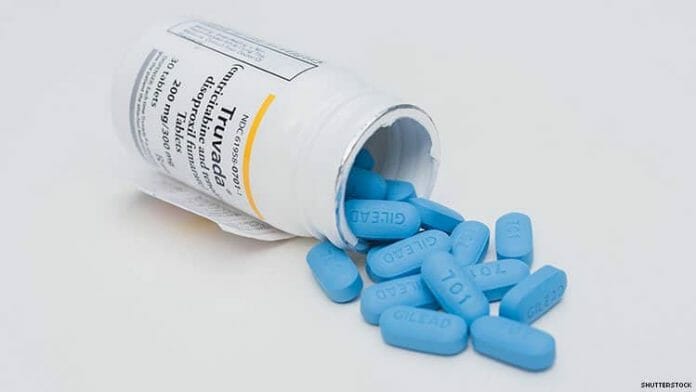 The public is seeing more and more television commercials nowadays regarding a medication you may not be familiar with, but one that is incredibly important – Truvada for PrEP®. Truvada for PrEP® is a tablet combination of two different medications (emtricitabine 200mg and tenofovir disoproxil fumarate 300mg) that is taken once daily for what is known as ‘pre-exposure prophylaxis (PrEP)’ for human immunodeficiency virus type 1 (HIV-1). Truvada for PrEP® is indicated for individuals who are HIV-negative to significantly reduce their risk of contracting HIV from an infected partner, in combination with safe sex practices. It has to be taken every day on a schedule and is not to be used ‘as needed.’1 Anyone, regardless of sex, race or gender, can be affected by HIV and may benefit; however, some groups are known to be at a higher risk. Gay and bisexual men in the US make up the majority of new diagnoses, while African Americans and Hispanics are more often affected by HIV than other race/ethnic groups. Additionally, transgender women who have sex with men and injection drug users are also at a significantly higher risk for HIV.

Manifestations of what would eventually be known as acquired immunodeficiency syndrome (AIDS) was first reported in 1981, later leading to the isolation of the causative virus (HIV). HIV attacks the cells that help the body fight infections, known as CD4 T-cells, which makes a person more vulnerable to other infections and diseases. Transmission occurs only through contact with certain bodily fluids, including blood, breast milk and those encountered through sexual contact (seminal/pre-seminal fluids, rectal fluids and vaginal fluids). If HIV is undetected and/or left untreated, it will evolve into AIDS, the final stage of the disease where the body’s immune system is severely damaged from the virus and is left prone to opportunistic infections that the body would normally be able to fight off.

Life expectancy today for a person living with HIV in the United States is similar to that of a person who is HIV-negative. This is primarily due to advances in antiretroviral therapy (ART), which prevents many individuals from developing AIDS.2 ART always consists of multiple drug therapies used simultaneously to more quickly reduce the amount of virus in the blood and to prevent development of drug resistance. Truvada® was originally developed as a combination of two drugs working in synergy to treat HIV once a person is infected, but it later was found to be useful as prevention in persons who are HIV-negative (Truvada for PrEP®).

Truvada for PrEP® was approved by the Food and Drug Administration (FDA) in 2012 based on the results of two randomized, double-blind, placebo-controlled phase III clinical trials. The first trial was known as the Pre-Exposure Prophylaxis Initiative (iPrEx). This trial included 2,499 HIV-negative adult males or transgender women. Overall, Truvada for PrEP® reduced the risk of HIV infection by 42% compared to placebo.3 In participants who took the medication seven days a week, their estimated level of protection was 99%.In participants who only took it four or two times per week, the rate of protection was decreased to 96% and 76%, respectively.4 The second trial was called the Partners PrEP trial. It was conducted in 4,758 heterosexual couples where one partner was infected with HIV and the other was HIV-negative. The results showed that Truvada for PrEP® reduced the risk of contracting HIV for the uninfected partner by 75% compared with placebo.The most common side effects observed in the trials were diarrhea, nausea, abdominal pain, headache, and weight loss. Serious adverse effects included kidney and bone toxicity.3 As a result of decreased bone mineral density from the medication, vitamin D and calcium supplementation are recommended to be taken concurrently.1

Truvada for PrEP® has demonstrated effectiveness in reducing the transmission of HIV, so efforts have now turned to expanding access. California Governor Gavin Newsom just signed Senate Bill 159, which will allow pharmacists to dispense 60 days of PrEP without a prescription. Under the law, pharmacists will also be able to dispense post-exposure prophylaxis (PEP) without a prescription, which is started within 72 hours after exposure to HIV (such as a needle stick) to significantly lower the risk of infection. The bill is aimed to expand patient access to the medication by reducing the barriers patients face, such as long waits to see a prescriber, or barriers with insurance prior authorizations. The bill was endorsed by the San Francisco Department of Public Health, the AIDS Foundation, Equality California, and the California Pharmacists Association. Efforts such as this one in California may prompt changes in Truvada for PrEP® access in other states in the future.

A significant concern regarding Truvada for PrEP® is the cost of the medication. Without insurance, the therapy is estimated to cost approximately $1,600-$2,000 per month. Most insurers and state Medicaid programs cover the medication, but patients with high deductibles and cost-sharing plans may be subject to hefty out-of-pocket costs. The manufacturer of Truvada for PrEP®, Gilead Sciences, does offer a copay card (the Gilead Advancing Access program) that covers up to $7,200 in copays per year with no monthly limit for those with commercial insurance. Those with government insurance (i.e. Medicare Part D, Medicaid, TRICARE, or VA) are not eligible for the program, but Gilead may be able to help find additional support. For those who do not have insurance, Truvada for PrEP® may be available at no cost if you qualify for the Medication Assistance Program and Gilead can help you determine if you qualify for the program. It is unclear if the Gilead Advancing Access program will still be available when the generic becomes available, which is anticipated for release in September 2020.5,6  Pricing of the generic is unknown, but with a single manufacturer (Teva Pharmaceutical Industries) and no other competition, it is expected that the price of Truvada for PrEP® will only be reduced by 10-15%.7

The best first step for knowing if Truvada for PrEP® is right for you is to have an open conversation with your doctor or pharmacist about your sexual health. This will help determine your risk of HIV infection, and if you are at risk, to understand the side effects and benefits of the medication. While taking this medication, patients must be tested once every three months to ensure their HIV-negative status. Because HIV may not show up on tests if you have recently been infected, it is important to notify your healthcare provider immediately if you are experiencing flu-like symptoms of tiredness, fever, joint or muscle aches, headaches, sore throat, vomiting, diarrhea, rash, night sweats, and/or enlarged lymph nodes in the neck or groin as these are symptoms of possible HIV infection.8 The Central Outreach Wellness Center and the Pittsburgh AIDS Center for Treatment (PACT) Clinic are two HIV clinics located in Pittsburgh that offer HIV testing and prevention counseling. You can find out more information for each of the clinics by clicking on the links and visiting their websites.

Dr. Covvey is an Assistant Professor in Pharmacy Administration at the Duquesne University School of Pharmacy. She earned her Doctor of Pharmacy from the University of Kentucky in 2010, and then completed residency training at Virginia Commonwealth University Health System in 2011. She subsequently passed her board certification in pharmacotherapy (BCPS) and was selected as a recipient of a Fulbright grant to complete a Doctor of Philosophy at the University of Strathclyde Institute of Pharmacy and Biomedical Sciences in Scotland. She currently teaches in the public and global health curriculum for pharmacy students at Duquesne, and her research area is in the health outcomes and the utilization of healthcare data, such as electronic medical records, for quality improvement in clinical care.

This article is provided for information purposes only. Any questions or decisions regarding your healthcare should be first discussed with a healthcare professional who can provide individualized care.

How To Tell if Your Prescription Drugs Are Counterfeit