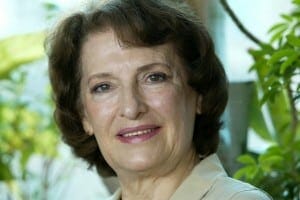 It’s amazing how a broken clavicle can serve as catalyst for a cascade of life changing events. A young engineer’s motorcycle accident resulted in a serious injury.  Doctors assured him the healing would be well on its way within a couple of weeks. The prognosis was altered to 6 weeks, then to an undetermined amount of time.

A trusted friend suggested he consult a highly reputable healer. Although this was the first time he’d ever considered consulting a spiritual healer, he was just disillusioned enough with traditional medicine to take the chance.

During the healing, he was asked a very strange question. “What would you say if I suggested that the reason this injury is not healing lies in something that happened another lifetime?”

After serious consideration, and much to his surprise, he responded, “I’d say you’re probably right.”

With his permission, the spiritual healer described the information she’d received. The young man listened quietly to a description of himself in another incarnation as a gladiator in ancient Rome who was forced to fight his best friend a battle to the death in the arena.

After a thoughtful silence, he sighed and said, “That makes more sense than anything the doctors have told me.  Do you think you can help me?”

The answer was simple: “I can help you help yourself. Let’s begin by exploring how you were feeling just before the accident.”

“Hmmm. Actually I was so angry and frustrated with my best friend and didn’t watch where I was going.  The accident occurred in his driveway, and it never should have happened.”

Step by step, they explored the connections between the two lifetimes and arrived at an understanding of the dynamics and closure. One more appointment was all that was needed. Then the doctors announced yet another medical miracle.

Many phone calls and friendly dinners later, his life seemed to have taken a turn in a completely different direction. He delightedly announced that he’d picked up his saxophone for the first time since his teen years and was enjoying it immensely. He began exploring alternative therapies and discovered Tony Robbins and other human potential leaders. He dove into courses of study in subjects he had never heard of scant months before.

He attended healing seminars, alternate therapy trainings, adapted his newly learned techniques to his ski instruction protocol and began to realize his potential as a healer.

He quit his job as an engineer and began to explore more service-oriented professions. He tried health insurance, financial planning, and chafed at the restrictions and demands of a traditional job.

He began donating his time as a healer twice a week and playing sax in a band at night.

His search for an appropriate forum for his talents continued. He studied more techniques, more theories and broadened his understanding of the modern applications of the ancient profession of healing. The more he learned, the more convinced he became that this was his true calling. Nothing else came anywhere near the satisfaction, the sense of rightness and the joy he experienced when a client thanked him for the miracle of healing that he had just facilitated.

He continued to study, to seek and to synthesize the accumulated knowledge into his own unique approach. His confidence increased, though he constantly fought self-doubt and his traditional-oriented background. It was not an easy journey.

The years of financial struggle, self doubt and disorientation eventually paid off. He now says with conviction that he’s the best he could be – for right now.  True, he’ll never stop studying, learning, seeking greater understanding and better ways to serve. But isn’t that what it’s all about?

A broken clavicle has much to tell, if you’re wise enough to listen.

A naturally gifted channel, healer and teacher, Mary Blake is a graduate of The New Seminary, Blanton-Peale Institute of Pastoral Counseling, Speaker Delegate to the International Congress of Alternative Therapies in Brazil, poet, workshop leader, speaker, frequent TV and radio talk show guest. She has taught, lectured and worked with private clients in Manhattan since 1980.