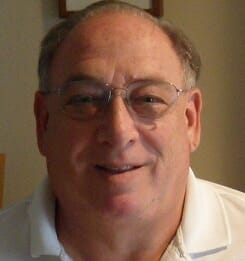 Concussion management for all athletes has changed in recent years. This information is meant to inform. Only a doctor can diagnose and advise on each individual case. All parents, coaches, and trainers of female (and male) athletes need to become familiar with the current research, State laws, and who makes decisions about return to play. Teachers need to be aware of a concussed athlete.

“Suppose your son or daughter has just been brought home from an athletic field with a concussion, complains of being tired and wants to go to sleep. Should you let that happen”?

“There was a time when it was considered life-threatening to let someone suffering from a concussion fall asleep,” said Chris Hummel, a certified athletic trainer and clinical associate professor in Ithaca College’s Department of Exercise and Sport Sciences. “But current research shows that sleeping is actually the best thing for a concussed player. Getting physical and mental rest helps an athlete recover from a concussion. But athletes should not be left alone the first night and should be seen by the sports medicine staff the next day.”

Concussion management, Hummel added, is very complicated and should only be undertaken by athletic trainers, sports medicine physicians and others with specialized concussion training. Still, it’s important for coaches, parents and athletes to know the difference between fact and fiction when applied to concussion basics.

•A player who has been knocked unconscious will suffer a worse concussion than a player who didn’t lose consciousness.

“A player doesn’t have to be knocked out to sustain a serious concussion,” Hummel said. “In some cases, individuals who are knocked out may suffer less severe trauma. In either case, the severity of the concussion might not be known for days or weeks.”

•The harder someone is hit, the worse the concussion.

“It doesn’t always take a big hit to produce a concussion,” Hummel said. “Any contact to the head or body that causes rapid head movement can cause a concussion. It’s also important to point out that several lower impacts over time might be more serious than a single collision of great force. For example, offensive linemen in football, who experience contact on almost every play, could be more at risk for permanent brain damage than a wide receiver who absorbs a single hard hit once or twice a game.”

•Athletes can soldier through a concussion.

“No,” Hummel said. “Typically, it takes one to two weeks for concussion symptoms to resolve and for the brain to begin operating back at full capacity. Just because an athlete states his or her head has cleared, it’s no indication that he or she should go back into the game. It is not safe to go back on the field the same day after experiencing concussion-like symptoms.”

•Concussions are the same for adults and adolescents.

“Adolescent brains are still developing,” Hummel said. “The effects of a concussion on young athletes are more dynamic than on mature ones and may take longer to recover from.”

“Once an athlete has experienced one concussion, the threshold for sustaining another concussion can be diminished. Also, if a player sustains another blow before he or she is fully recovered, the resultant symptoms can be worsened and result in a prolonged recovery. There is also a rare phenomenon called Second Impact Syndrome that can cause impaired brain blood flow or even death if an athlete suffers another trauma before fully recovering.”

•Concussions should be treated and managed on an individual basis.

“The brain is an incredibly complex organ, and so are the neurochemical processes that govern it,” Hummel said. “No two concussions are exactly alike anymore than the brains of any two individuals are identical. Concussion management begins by obtaining individual baseline (pre-injury) testing for each athlete. Once a concussion occurs you will then know what is ‘normal’ for that athlete. Once the athlete has become symptom-free and is back to his or her baseline test scores, a progressive return to play plan should be followed. This progression should consist of rest, light exercise, noncontact drills and then full practice before returning to game competition. Each level of recovery should take 24 hours. An athlete has to continue being symptom-free to proceed to the next level.”

If you suspect a student-athlete of having a concussion, assume it’s a concussion. “If an athlete describes having a headache or dizziness, shows signs of balance problems, or difficulty remembering, assume that player is concussed and have him or her evaluated by an athletic trainer or a physician trained in sports medicine,” Hummel said.

The Center for Disease Control [CDC] devotes very important information about youth sports injuries and concussions at http://www.cdc.gov/concussion/sports/. Per the CDC – “Each year, U.S. emergency departments (EDs) treat an estimated 173,285 sports– and recreation-related TBIs, including concussions, among children and adolescents, from birth to 19 years.  (MMWR October 2011) Children and teens are more likely to get a concussion and take longer to recover than adults.”

The NFL Health and Safety website; http://nflhealthandsafety.com/zackery-lystedt-law/states/ says that “as of May 2012, 38 states (plus the District of Columbia and the city of Chicago) have adopted youth [males and females] concussion laws.”

No longer can coaches, athletes, and parents decide when the concussed athlete returns to play sports. Make certain you understand the legislation passed in your state. The main principles of the legislation are:

Warren J. Potash is a Specialist in Exercise Therapy and Sports Nutrition and the author of They’re Not Boys – Safely Training the Adolescent Female Athlete.

Certified Nursing Certificate and The Jobs You Can Apply For﻿