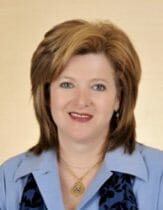 Medical bracelets were once thought of as a stigma. The plain silver chain with an ID plate was not only seen as an “unfashionable” accessory, but also as a label. Over the last eight years, that sentiment has started to change. There is no longer a need to be branded by a condition; instead, something stylish can be worn to keep the wearer safe.“A recent article in the journal Haemophiliareported that, despite recommendations to wear medical alert jewelry, nurses noted that patients often forgot to wear their jewelry. Some people also feel that the traditional bright silver necklaces or bracelets are seen as a stigma.” (Dr. Dawn Marcus, University of Pittsburgh Medical Center)The number of Americans with health issues is on the rise. The CDC reports there are nearly 25.8 million people with diabetes, (27% of the over 65 population have diabetes), 17.5 million with asthma, 12 million with food allergies, 2 million with epilepsy, over 5.3 million with Alzheimer’s, and 26.8 million with heart disease. Many doctors have guessed that the percentage of people who actually wear an identification item is as low as 10 percent.

The reasons for not wearing identification are varied. Some are embarrassed by their disease and do not want to stand out. The old-fashioned chain style bracelet is an obvious beacon towards a medical 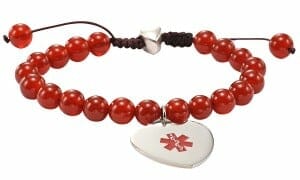 issue. Many people with professional careers feel that if their medical condition becomes known, they may appear weak to their co-workers and their chances of upward mobility may be compromised.

Children in particular do not want to look different from their peers. Peer pressure and the need to fit in is a huge issue throughout the teenage years. For young people with diabetes, particularly those who are beginning to drive, it is critical that they wear medical identification at all times. If there is an accident, or a dramatic change in blood sugar, they can appear intoxicated. That individual could end up in a police station when he/she needs to be in a hospital. That is why designing bracelets and necklaces that are age appropriate and stylish is important.

There are many other advantages to wearing personal identification. Those advantages encompass more than solely those from medical conditions. Identification products have become very popular with those who live active lifestyles. Whether someone is competing in a structured event, or is out exercising, the individual is always safer participating when wearing their name and a contact’s phone number. The market is full of “sports bands” for athletes. Many of these styles are the same as those that are used for medical bracelets. The only difference being that the medical insignia is missing from the front of the plate.

This is a big step forward for those who need bracelets for medical conditions. The greater the number of people wearing identification, the more common the bracelets become, thus making the stigma from wearing them greatly diminished.

On the contrary, one common problem with medical bracelets is the limited room available for engraving. The plates on the bracelets only hold so much information. Many people would like to include medications, allergies, in case of emergency contacts as well as the medical condition. Until recently, that was always a challenge. For those with large amounts of information, the options available have been mediocre.

For a short time USB drives were popular as medical record storage. The drives have been marketed to let the public feel safe carrying them as identifiers. A big problem is that government workers are not allowed to put unknown flash drives into their computers. This eliminates the possibility of fire department workers and other first responders looking at the information, due to fear of contaminating their computers.

A call in number listed on a bracelet is another ID option. The problem here is speed and clarity. Some tested services have a long wait before an operator comes on the line. Furthermore, if the first responder is on a highway, he/she might not be able to hear the information being transmitted.

A new market changer is the TextID. Unlimited medical information comes to the first responder via text message. The system also allows for up to 10 contacts to be notified. It is the first system of its kind in which any phone can access large amounts of information along with a photo with expedience.

As the industry begins to change, the options do as well. The more people purchase fashionable medical bracelets, the more comfortable the wearer will become, the number of identification wearers will go up, the more first responders will know what to look for, and the safer the population will become.

Shelly Fisher is President, CEO of Medical ID Marketplace. Shelly founded the company in 2003 to raise awareness of various diseases using fashionable accessories. She quickly realized there was a need for medical identification products that were both effective and attractive, and founded Medical ID Marketplace to fill this void in the market. Her goal was to create a diverse product line with a wide variety of styles so everyone can find the medical ID product to fit their personal style. Shelly, a consummate entrepreneur, has over 25 years of business experience, having founded and operated two other companies before starting Medical ID Marketplace. She has been active in various organizations, including Ronald McDonald House Charities, Make a Wish Foundation, Juvenile Diabetes Research Foundation, Syracuse University, The Philadelphia Challenge Cup, and Relay for Life.

Shelly has also served on the Boards of The Please Touch Museum, Syracuse University Alumni Board of Directors, The Shipley School and the Gladwyne Montessori School (Board Chair). She graduated with a Bachelor’s Degree from Syracuse University and a Masters Degree in education from University of North Carolina at Chapel Hill. When Shelly isn’t busy with Medical ID Marketplace, she enjoys spending time with her husband, three kids and five dogs.