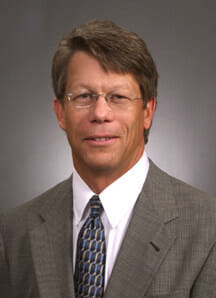 America has a big problem with heart disease — both in terms of the number of people with the condition and how they treat it, or fail to do so. One in six Americans dies from heart disease and many baby boomers will eventually grapple with treatment. That begs the question: what’s the best way to fight back against this deadly killer? Diet and exercise? More prescription drugs?

This question is particularly important for baby boomers because their decisions about their lifestyles and prescription drug use will impact their personal health, and our nation’s fiscal health.

While baby boomers are the first generation to grow up exercising, they’re not immune to cardiovascular diseases, which cost the United States about $475 billion in 2009, according the American Heart Association. That figure includes the cost of medications, physician and hospital care, and lost worker productivity. The cost of a lower quality life and lives that are lost are incalculable.

Nobody likes taking costly medications. And, many people think we should spend less money on drugs to prevent heart diseases and focus instead on improving people’s diet and exercise. There’s plenty of research to show that behavior changes can ward off high blood pressure and cholesterol.

Is Diet and Exercise Enough?
The fact is that lifestyle changes are incredibly important, but they aren’t always enough. As the CEO of a company that helps people research Medicare prescription drug plans based on their utilization of benefits and services, I follow this issue closely. I can tell you with confidence that following your doctor’s prescribed drug regimen plays a critical role in fighting heart disease and reducing health care spending. Consider these facts published in a 2008 article in The Journal of Managed Care Pharmacy:

Why Don’t More Patient’s Take Their Medications as Prescribed by Their Doctor?
Taking the prescriptions your doctor prescribes can help stave off hospitalizations and death. But, it’s clear many patients don’t follow their doctors’ orders. Why? Researchers at the Mayo Clinic found that the cost is one big deterrent.

A 2011 Mayo Clinic study published in the April issue of Mayo Clinic Proceedings, found that, 46 percent of patients who did a poor job following their prescribed drug regimen, said they stopped taking or filling prescriptions because of cost; and 23 percent acknowledged skipping doses to save money. The majority (77 percent) of patients in the study were eligible for Medicare.

The findings are not surprising, considering household budgets are strained and prescription drug prices are rising. The patents of several popular brand-name drugs used to treat heart disease have either expired recently or will in the next couple of years. This will increase the availability of lower-cost generic forms of Lipitor®, which became generic in late 2010, and Plavix®, which will become generic in May 2012.

Comparing drug plans can be overwhelming, but there are online tools at www.medicare.gov/find-a-plan andwww.planprescriber.com that can help simplify the process. People who struggle to pay for their prescription drugs, may qualify for the Extra Help/Low-Income Subsidy (LIS) program. Find information at http://www.ssa.gov/prescriptionhelp/.

Most drug plans have monthly premiums, deductibles, copayments and co-insurance. But, you could spend less on overall medical bills if you take prescribed medications that help you avoid E.R. visits. A 2011 CVS Caremark study found that patients who took their prescribed medications could each save the health care system approximately $7,800 per year.

Exercising more, eating right and following your doctor’s prescribed drug regimen can help you fight heart disease. Finding an affordable prescription drug plan makes it easier to take your prescribed medications. Researching prescription drug coverage online could save you money and help save your life.

The Evolving Healthcare Landscape in Pittsburgh

An Overview of Housing for Pensioners & Disabled Seniors