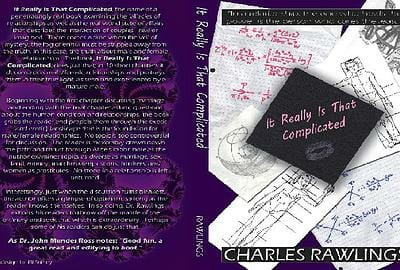 A recent new book, It Really Is That Complicated, by Dr. Charles Rawlings, reveals that relationships are nearly doomed from the start.

There is a natural conflict that inevitably develops once two individuals enter into a romantic relationship. Rawlings offers his thoughts on this widespread travesty, and why it may not mean the death of marriage after all.

No topic is too controversial for discussion.

While in residency, Charles continues to pursue his interest in travel, and also became fascinated by pain, its substrates, and functional neurosurgery. During this time, he has penned a multitude of scientific articles, got married, and became a certified scuba diver, a certification that would deeply affect his subsequent endeavors.

It Really Is That Complicated is available on Amazon.