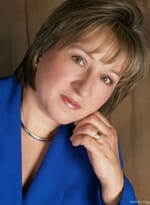 Several years ago, a friend of mine was having a series of troubling symptoms including frequent headaches, dizziness and nausea. She finally visited her physician who ran a series of medical tests. Everything came back negative, so the doctor further questioned my friend about her lifestyle including her diet and sleep habits. When my friend revealed that she regularly consumed 2-3 liters of diet soda each day, she was advised to discontinue her habit immediately. She did so and all of her symptoms disappeared within a week, never to return. Her physician suspected she was experiencing side effects from the excessive amount of artificial sweeteners she was consuming in the soda.

Needing to lose a few pounds, last year I joined a formal weight-loss program that required me to drink one-two liters of water daily. Because I’ve always had to force myself to drink water, I decided to use an artificially sweetened drink mix to make the liquid more palatable. It worked and I happily chugged away for the next several weeks.

Then I began to have heart palpitations. I considered whether I was experiencing excessive stress or anxiety in my life, but concluded that I was actually feeling rather calm and in control of late, so I didn’t think that was the cause. I also don’t consume caffeine and had been sleeping well. When the palpitations didn’t stop after several weeks, I consulted my health-care provider. After an electrocardiogram (ECG) and exam showed nothing abnormal going on, the physician chalked up my symptoms to stress, but suggested that if the symptoms didn’t go away, further tests would be needed.

I went home relieved that the tests were negative but remained troubled when the symptoms continued. Suddenly, one day I remembered my friend and her symptoms from years prior due to her soda consumption. Because the palpitations started shortly after I had become a regular “user” of artificially sweetened drinks, I suspected that this consumption could be triggering my symptoms. I immediately stopped using the drink mix. Within a few days the palpitations stopped and I have been fine ever since.

In truth, there are many different types of artificial sweeteners on the market and almost all of them have potential side effects, especially when used regularly in anything more than very small quantities. These side effects can include headaches, dizziness, palpitations, stomach upset and diarrhea, forgetfulness, fatigue, insomnia, anxiety and some even more serious symptoms. These and other side effects have even been reported in people who drink only three to four cans of diet soda each day. This impacts children as well as adults and some studies have linked artificial sweetener consumption to attention deficit and hyperactivity disorders.

Of course these sweeteners are not just in drinks. They are also in many so called “lite” or “diet” puddings, yogurts, ice pops, candy, cookies and even some sports drinks. And don’t be fooled by the word “natural” when used to describe artificial sweeteners. Many substances are “natural” but can still be toxic when consumed in sufficiently large quantities.

Certainly individuals with diabetes and others who need to restrict their sugar intake can enjoy the occasional treat because of these products. Sugar substitutes can also seem like a helpful aide in the crusade to chronically try to lose or control one’s weight. I even know of a mom who thinks she is doing right by her kids by giving them artificially sweetened drinks rather than using sugar-laden drink mixes (neither is advisable). Regardless of the reason you use them, be aware of the potential harmful side effects laden in these sweeteners. The occasional diet drink or packet of sweetener is not likely to have any ill effects on you (although some health advocates suggest eliminating them entirely from your and your child’s diet), but using sweeteners regularly may be doing more harm than good.

The next time you go to grab a diet soda, consider instead water with a twist of lemon, unsweetened iced tea, diluted fruit juice, or a dash of honey or agave nectar in your tea instead. Your body will thank you.

Donna Cardillo, RN travels the world helping nurses to be happy in their careers and to reach their full potential. She is fiercely passionate about nursing and about life in general. You may know Donna as “Dear Donna” at Nursing Spectrum and NurseWeek magazines where she writes a regular column and doles out daily online career advice at nurse.com. She is also an “Expert” Blogger at DoctorOz.com – the first and only nurse blogging there! Donna is author of 3 books: Your First Year as a Nurse, The ULTIMATE Career Guide for Nurses, and a Daybook for Beginning Nurses.  She has received numerous awards and recognitions but is most proud of being named a Diva in Nursing by the Institute for Nursing in NJ for outstanding achievements and excellence in practice. Donna has been referred to as the Ann Landers and the Dr. Phil of the nursing profession. Regardless of who she’s compared to, there’s no denying that she has her own unique style, indomitable spirit, and uproarious sense of humor.

What Is Gluten, and Is Eating It Bad for You?

Food You Should Avoid After Gastric Bypass Surgery

The Benefits of Eating Nutrient-Dense Foods During Your Radiation Therapy

3 Alternatives to Soda That Are Perfect for Summer