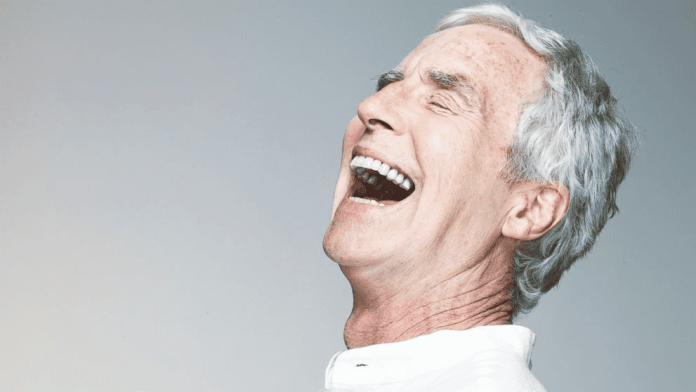 Pseudobulbar Affect also known as PBA is a health condition that is mainly characterized by a bout of sudden and uncontrollable crying or laughter. Those who have certain neurological injuries or conditions are typical candidates for this condition. It usually affects the way the brain and motoneurons play a part in your emotions.

More about this can be read on the Mayo Clinic website. However, this article will discuss everything under this umbrella term, including its symptoms, causes, and treatment options. If anyone has PBA they will usually experience normal sessions, however, sometimes they may inappropriately exaggerate their emotions, which can lead to a disruptive lifestyle and can be embarrassing at times too, not to mention going through this may result in an inability to do normal daily tasks and can interfere with work routines as well.

Some clinics may not be able to diagnose the issue and can remain undercover until it’s blatantly obvious. It can however be managed by using prescription medication.

As mentioned above, the main determining factor is the involuntary and frequent outbursts, which for the most part are uncontrollable, and compromises of either crying or laughing to an exaggerated extent, which is directly related to the emotional state of the individual.

The majority of cases have resulted in crying, more than laughing, and the extent to which this happens depends from person to person, and sometimes can last up to several minutes. It could be a case of, for instance, laughing at a silly joke or an amusing comment, and usually at situations or instances that not everyone would deem as hilarious. The change of emotion is completely different and sometimes opposite to what you would have ‘normally’ done.

One of the reasons why it can do undiagnosed is because the symptoms typically resemble, that if depression. Which commonly include a loss of interest in life, sleep problems and fatigue, hopelessness, irritability, constant crying, uncontrollable emotions, and more: https://www.healthline.com/health/depression/recognizing-symptoms

The difference, however, is in the duration of the emotions. In comparison to depression, these tend to be much shorter and outbursts of it. Depression tends of lasting weeks and up to years in some people and is a persistent mental health condition, treated using different types of medications.

Although similar to depression, another significant difference is that those suffering from PBA often don’t get their sleep routines affected, and neither do they suffer from a loss of appetite. However, one can lead to the other i.e. PBA can lead to depression if not solved in its early stages.

This type of condition is normally diagnosed as part of a neurological evaluation. During one of these sessions, specialist medical practitioners known as ‘Neurologists’ will take tests that will identify most of the conditions that affect the nervous system. Because there are several different ones such as Parkinson’s’ disease, meningitis, chronic migraines, strokes, multiple sclerosis, and epilepsy, they use a variety of different methods as well as check for just as many symptoms.

Many of these conditions have similar symptoms as well, such as dizziness, or numbing of the arm or leg, speech difficulties, and confusion or muscle weakness, and unusual feelings throughout the body. They could also include an eye test if need be. These entire ranges of tests will determine the correct direction to take as well as the right type of medication.

If they detect that your symptoms are related to PBA they may prescribe the generic version of Nuedexta which is usually a viable option to treat it and is comprised of a combination of quinidine and dextromethorphan. These are the main 2 medications that are prescribed separately and usually come in an oral format. As per the CSA (Controlled Substance Act) restrictions, the strengths vary between the two for instance one can be a 10mg strength and the other a 20mg strength.

One can say that these are similar to anti-depressants and can aid in reducing the symptoms of the outbursts as well as the severity of the bouts or episodes. Your general practitioner (GP) would be the best person to give you first-hand information, and the good thing is they may send you to an occupational therapist as well, and these specialists can help you to find ways to manage everyday tasks even though you have PBA.

The reason why this is a generic version of medication (Neudexta), is because there is yet to be an approved version of it in the United States. So if you are planning on buying one online and it claims to be the real thing, make sure you don’t waste your money on those as there have been many online claims of sellers selling the legitimate thing however they will most probably not be the right ones and could be laced with other harmful additives. The best places to buy any medication are through a reputable pharmacy, online, or in-store.

How Neudexta Works on Our Brains and Neurons

The combination of the two medicines mentioned above i.e. quinidine and dextromethorphan are responsible for many neurological conditions, and with their help symptoms can be alleviated, minimized, and sometimes completely removed. They are safe and dextromethorphan is used in many brands of cough syrups to minimize symptoms of coughing.

Our brains send signals to the rest of the body. As one of the most complex organs in the human body, scientists till today have not covered the entirety of its workings. However, when it comes to this condition, they have done a significant amount of clinical trials on those suffering from it.

The human brain of an average individual contains over 80 billion neurons or nerve cells. Not only is it responsible for allowing us to move around and accomplish different tasks, but it also has a significant role in helping us to find a ‘sense of self’, of who we are as a person, which makes every human a unique being. These act as the ‘building blocks of the brain and these send messages via means of specialized communications via electrical signals and chemicals associated with the brain, to the rest of the body.

Each of these ‘helpers’ is connected to other such neurons called ‘synapses’ and impulses are sent across tiny fibers, almost similar to the wiring of electrical cables, and connect one neuron to the next. This fascinating concept about how the brain works can be found on this link as well. All these messages are sent right from the top of the brain, down the spinal cord, and straight down to the feet, branching off in different directions to the tip of our fingers and toes.

When dextromethorphan is introduced to the patient, it plays a part in these signals that the brain triggers (through the neurons) and helps to suppress anything that seems out of place. The second medication, Quinidine directly affects the heartbeat and helps to normalize the heart rate, thus bringing a sense of calm to the person. This combination of medication is also used to treat a similar neurological condition known as Amyotrophic Lateral Sclerosis or ALS for short, and also known by the common name ‘Lou Gehrig’s Disease’.

The Benefits Of Taking the Generic Version of Neudexta

At the annual American Academy of Neurology meeting in Toronto, a gathering including a number of the well-established and reputable pharmaceutical companies around the world, have suggested that this combination of two medicines, has been seen to affect ‘glutamate’ which is a neurotransmitter, and this resulted in a decrease in the symptoms mentioned above i.e. involuntary crying or laughing.

Due to safety concerns, the FDA (Food and Drug s Association) kept their approval of the substance aside due to possible safety concerns and abnormal side-effects such as an increase in heart rhythms as opposed to a decrease. However, now that some of the pharmaceuticals have reformulated them, using safer and more effective ingredients, they could be rolled out very shortly.

In Conclusion – Coping With It

Living with this type of condition cannot be easy, let alone embarrassing and stressful. There are a few things that one can do by themselves to help whenever they get an episode or if they feel like one may come soon. For instance, try and distract yourself from it by observing the things around you, reading a book, watching television, or going for a walk.

Secondly, try deep breathing exercises. This can be done by inhaling slowly deep breathes in and slowly exhaling them, and by doing this a few times, it can help bring a self of calm and send oxygen to the brain.

Last but not least, try and relax. The tenser you stay the worse it may become. Keeping a diary of your symptoms is key to not only yourself but also to show your doctor, as they can do a lot with this information regarding the time of day to prescribe the medication and other helpful tools to get you to cope with it. Always know you are never alone in this and there is help!

Can a Chiropractor Fix a Herniated Disc?

How Covid Testing Services Can Improve Your Overall Health

What Are The Benefits Of Conducting Virtual Clinical Trials?

Things to Consider Before Undergoing a Medical Procedure