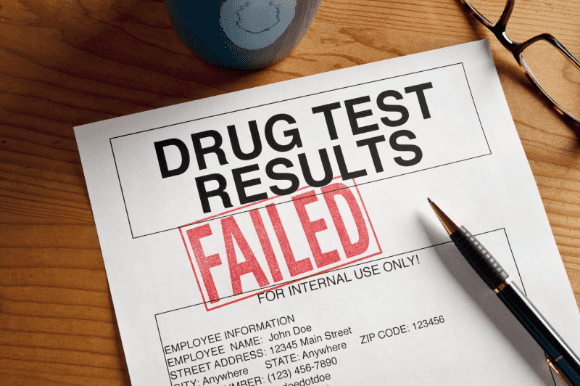 There is an increase in the use of Marijuana in the United States of America due to the rising popularity of cannabis and its gradual legalization and decriminalization all over the country. However, some states refuse to budge and remain in their stance that the use of marijuana is no good or that it can only be used under strict conditions and for medical purposes only. Even with irrefutable evidence from countless medical research, these states choose to stand by their belief that the use of cannabis is hazardous to health and society which is why cleanse and detox products like Pass Your Test exist on the market today.

Marijuana is one of the leading medicines in pain management, stress management, anxiety disorders, depression and many more. Due to this, the majority of the states in the United States and in a lot of countries all over the world have opened their eyes and allowed the use of medical marijuana. In these places where medical marijuana is allowed, all you need to do to be able to get some weed is to first get a prescription from a doctor. Going to the doctor to get a prescription for medical marijuana is not as a hassle as it seems since most doctors nowadays do not believe that the use of cannabis can be harmful rather than beneficial as long as you are at least 25 years of age.  Click here to understand why you need to be 25 to use weed.

In the instance that you are unable to procure a prescription for the medical use of weed, and you are located in a place where the use of weed is illegal, then it is important to know the ways that it can be stored in your body. Marijuana has a chemical compound called THC and this is responsible for the majority of the wonderful things this plant can do. THC or also known as Tetrahydrocannabinol is the main psychoactive component of marijuana and is the chemical compound that will be examined to find out if you have used weed.

How is it Detected

Since THC is the psychoactive component of weed or the chemical compound that can get you high, it is the reason why drug tests look for THC in your system. THC can be found in your blood, in your urine and in your hair and these are the things that drug exams can and will collect to find out if you have used any weed lately. The method used in testing for THC or any drugs can differ with the time, efficiency, and reliability of the test.

Blood toxicology will easily and effectively reveal if you have consumed any THC with certainty but unfortunately, THC does not stay in the blood for a long period of time. It can only be detectable in the blood for 1 to 3 days only. There are instances where it stays in the blood for up to 25 days for very heavy users of marijuana. The blood test is still the most reliable test for the recent use of weed since THC is absorbed in the bloodstream after use through any medium whether it be from smoking, ingesting, sublingual, rubbing or injecting. The drug testers draw your blood personally to make sure that they get the correct sample from you and there is no way for you to cheat this test.

The Saliva can also be used to detect the use of marijuana in the system. This is efficient for roadside testing in places where weed use is illegal. If an officer suspects a person of using cannabis, this way of testing can be easily implemented anywhere anytime with a simple drug testing kit. The downside of this way of testing is that it can only detect weed use if it was smoked or inhaled. Other methods of consuming THC will not be detectable through the saliva. THC also only stays in the saliva for up to 2 to 3 days.

THC in the Hair

The last way of detecting Cannabis in the body, which is also gaining popularity among drug testers is through the hair. After consuming marijuana via smoking, inhaling, ingesting, and rubbing on to your skin, TCH enters your bloodstream which then gets absorbed in the different tissues and cells of your body. One of the parts where they get absorbed is in your hair. They pass your hair follicles and stay in your hair until they totally break down. Unlike other mediums for drug tests, THC can stay in your hair for up to 90 days. This is because, in other mediums, they can get expelled from the body. In the hair, however, the traces of THC are only removed if you cut your hair or the chemical component naturally breaks down which can take up to 90 days.

Aside from Cannabis staying for a longer period of time in the hair compared to other mediums, it is close to impossible for you to find ways to pass a hair follicle test if you have used marijuana recently. The efficiency of the hair follicle test and its non-invasive procedure are some of the reasons why this method of detecting the use of drugs is popular among drug testers.

Knowing how weed can be found in different parts of your body is very important. It shows you that you can be vulnerable to negative consequences if you are not responsible for your use of marijuana. It is still best not to use any marijuana if you live in a place where it is illegal. If in any case, you have consumed marijuana, it is always best to know what you will have to deal with so that you can take the necessary steps to protect yourself.

6 Interesting Ways To Use Kratom As An Energy Booster

CBD Bioavailability: All You Need to Know

How to Start Taking CBD Oil

Is CBD Coffee As Safe And Effective As People Say It Is?