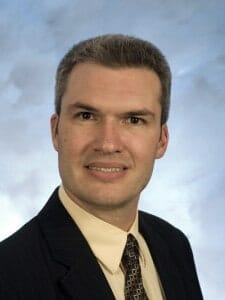 No one thinks they will get a brain injury. Yet you can have a concussion if you have been tackled or hit while playing sports, and never know it.  Often referred to as the “hidden injury” because its effects are not typically physical, brain injuries or concussions affect more than 2.5 million people every year in the U.S. alone.

The problem with concussions is that a doctor can’t hold up an x-ray and show you a concussion the way he would show you a broken leg.  A broken leg hurts.  You can’t run on it.  The x-ray shows it’s broken.  A doctor puts a cast on (you can’t run in that, either), and you are out of sports—or other activities that require normal walking—for a few weeks.  The problem with concussions is that they, and their treatments, aren’t so easy to define.

What is a concussion?

A concussion is when the brain takes a beating.  Maybe an athlete’s head hits another player or maybe hits the ground.  Maybe a basketball player gets hit in the head by someone’s elbow when going up for a rebound.  Maybe a baseball hits an infielder in the head.  If you said a concussion is when the brain gets bruised that wouldn’t be exactly right, but you would be pretty close.

How do you know if you have a concussion?

Concussions get in the way of basic brain function, and can affect memory, reflexes, speech, coordination, and sleep patterns.  Many people will have a headache, or have a feeling like they’re in a fog, or become irritable.  It’s not uncommon that a person with a concussion can’t even tell you what’s wrong because of difficulty with judgment.  A concussion is much harder to spot than a broken leg, where an athlete has specific pain and knows that there’s a problem.

How does a doctor evaluate for a concussion?

On the sideline at a sports game, a doctor will first make sure there isn’t immediate danger (like heart problems, breathing problems, or trauma to the spine).  Next, he’ll ask you a series of questions to see how focused you are (like “What is the score?” and “Did our team win the last game?”), see how good your memory is, and check how good your balance is.  In the doctor’s office, there is a more thorough evaluation.

What is the treatment for a concussion?

Rest.  Once you suffer a concussion you need both physical and mental rest.  With a broken leg, all you need is physical rest.  If you have a concussion, the brain needs rest too.  Schoolwork, talking on the telephone, watching TV, playing video games, listening music, and texting should all be limited or eliminated.  The more work your body and brain does, the worse symptoms can get and the longer it can take to recover.  Some athletes will try to “play through” a concussion.  This backfires when they end up spending more time on the bench, because the symptoms don’t go away and their game suffers.

When the symptoms do go away, it’s important not to jump back into play at 100 percent.  The athlete will go from rest, to light exercises, to sports practice, to game competition to make sure symptoms will not come back.

What are the dangers of concussions?

In the long term, it can be disaster.  Concussions, especially multiple, repeated concussions, are linked with early-onset Alzheimer’s disease and Parkinson’s disease.  A good example is Muhammad Ali, one of the best athletes the country has ever known.  Throughout his career he took repeated beatings to his head.  Now when you see him in public you see he has a hard time walking, has uncontrolled tremors, and it’s almost impossible to understand him when he talks.

How do we solve the problem with concussion?

Education.  During National Brain Injury Awareness Month and Athletic Training Month it’s the perfect time to start building awareness about the prevention of sports-related head injuries.  It’s important to teach young athletes how to stay healthy by reviewing the following:

– proper use of pads, mouth guards, and helmets;

– the proper ways to tackle in football;

– the importance of protecting your head.

Also, teach parents, coaches and referees what a concussion is, what it looks like, and the dangers (both to the athlete and the team) of playing with a concussion.

Finally, teach doctors and medical professionals not be bullied by parents, coaches (or the NFL, NHL, NBA) into saying it’s fine for an athlete to play with a concussion, when it’s not.