Pittsburgh Healthcare Report Dedicated to your health and wellness
Home Featured Post Could Your Sleep Problems Be Fatal? 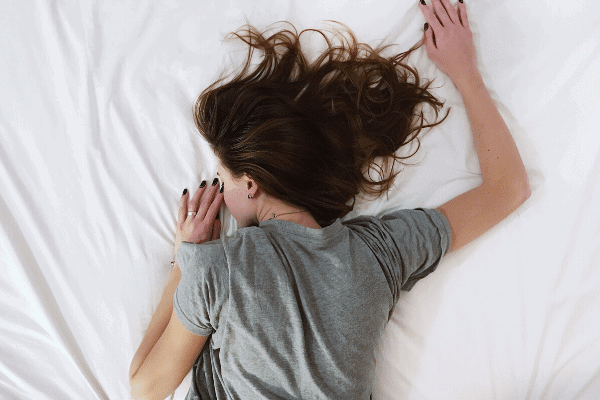 Some nights, you might be close to dying and not even know it.

Your snoring may have been a family joke, or a major annoyance to your significant other. But sleep apnea, a sleep disorder in which breathing is interrupted during sleep, is no laughing matter, and it’s become a significant national health concern. More than 18 million Americans suffer from sleep apnea, according to the National Sleep Foundation.

Disturbances in sleep bring decreased levels of oxygen to the brain, which can lead to a host of health issues such as heart disease, hypertension and diabetes. A 15-year study of more than 10,000 adults, published in the Journal of American College of Cardiology, found evidence of strong links between sleep apnea and cardiovascular diseases.

“People have literally choked to death or died in their sleep because of sleep apnea,” says Dr. Gene Sambataro, DDS (www.juliandentist.com), author of the book Stop the Snore. “There is an epidemic of sleep disorders that is causing deadly health problems.”

Sambataro points out four signs that someone could be suffering from sleep apnea:

• Snoring. This is probably the most obvious sign – except to the snorer. This statistic from Sambataro should be a wakeup call: 35 percent of married couples sleep in separate bedrooms due to snoring. The irritated, sleep-deprived sleeping partner may demand action in the form of a doctor visit, though snoring isn’t always a guarantee of sleep apnea. When the snoring is accompanied with choking or gagging sounds through the night, it’s a sign he or she likely has sleep apnea.

• You stop breathing during sleep. Told by your concerned bed partner of numerous times that your breathing ceased during sleep, this may set off the alarm to see a doctor. Paying attention to the following statistics may also do the trick: Sambataro cites studies showing sleep apnea sufferers stop breathing 30 or more times an hour a minimum of 10 seconds or more at a time. “A person suffering from sleep apnea typically has very shallow breathing or numerous interruptions in their breathing when they sleep,” Sambataro says. “Often they wake gasping for breath, only to fall back asleep without ever knowing they were awake.”

• Day fatigue. When your sleep is frequently broken up, you feel tired most of the time. The interruptions in sleep lessen the oxygen flow to the brain, and our functioning ability suffers when the brain is deprived of normal oxygen levels. The chronic fatigue that sleep apnea sufferers often experience can bring mood swings and develop into depression.

• Teeth grinding. This is a condition known as bruxism. Sleep apnea sufferers may awake with sensitive teeth or tight jaw muscles. It happens because the breathing airway is obstructed. The National Sleep Foundation found that about one in four people with obstructive sleep apnea grind their teeth at night.

“If your spouse is snoring and you can no longer get the sleep you need; if you’re falling asleep at the wheel, if you’re draggjng to get through the day, then your health may be compromised by a sleeping disorder,” Sambataro says. “And that’s something that’s going to have long-term consequences if not addressed soon.”

Gene A. Sambataro, DDS, FAGD, (http://www.juliandentist.com/Ellicott-City-Sleep-Apnea.asp) has been a leader in the field of dentistry for more than 35 years. He is the director and clinician at the Julian Center for Comprehensive Dentistry, where he and his team practice integrative holistic dentistry intended to heal the mind, body, and spirit, with a special emphasis on treating sleep-disordered breathing issues, like sleep apnea.