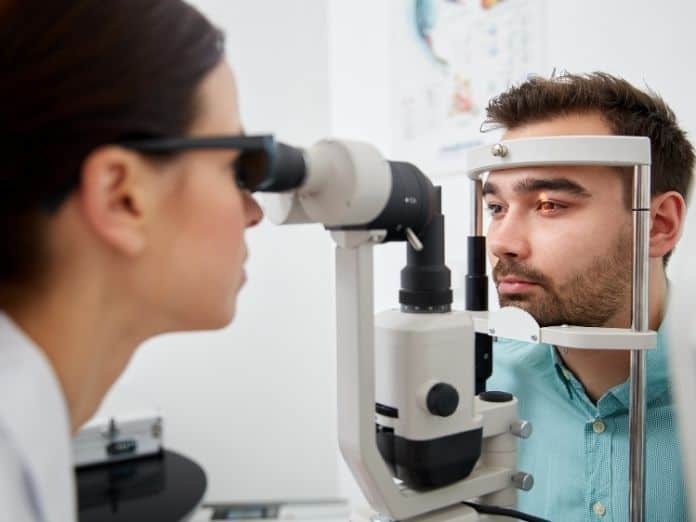 Determining intraocular pressure is an important aspect of an eye examination that can protect a patient from losing the gift of sight. As important as it is, such an examination can be intimidating or even inaccessible. The traditional model of the Goldmann applanation tonometer requires patients to sit before an instrument that makes direct contact with the surface of the eye. By scaling the larger and stationary tonometer down to a handheld model and even eliminating physical contact, eye doctors have been able to screen for glaucoma with greater ease and flexibility than before. By comparing handheld tonometer models, you may be able to find the one that is right for your new or expanding practice.

The Reichert Tono-Pen is a handheld outgrowth of the MacKay-Marg electronic applanation tonometer. It synthesizes applanation and indentation principles of tonometry to give a reading of intraocular pressure that can be just as useful as any from a standard tonometer. Its reliability, accuracy, and ease of use make it a common sight in the offices of optometrists and ophthalmologists, where it can supplement or outright replace the standard Goldmann tonometer.

Much like the Tono-Pen, the AccuPen applanation tonometer offers the benefits of portability, versatility, and intuitive user interface. One significant difference between the Tono-Pen and the AccuPen is that by employing gravity-offset calibration, the AccuPen does not require daily manual recalibration before the start of practice each morning, which is a useful and time-saving innovation. However, several studies have shown that the AccuPen provides slightly less accurate intraocular pressure readings than the Tono-Pen, at the expense of less frequent recalibration.

Despite advances in tonometry that have made examinations more accessible, there is still room for further innovation. Because they make direct contact with the surface of the eye, even handheld tonometers such as the Tono-Pen and AccuPen require doctors to anesthetize the eye prior to examination. Some patients may have adverse reactions to topical anesthesia on the eye or may simply find the sensation deeply off-putting, keeping them out of the doctor’s office entirely. For such patients comes the development of air-puff tonometry, which measures intraocular pressure using a puff of air to the cornea. Though it is slightly less accurate than applanation, it can be a useful alternative for apprehensive patients, which is something to take note of when comparing handheld tonometer models.