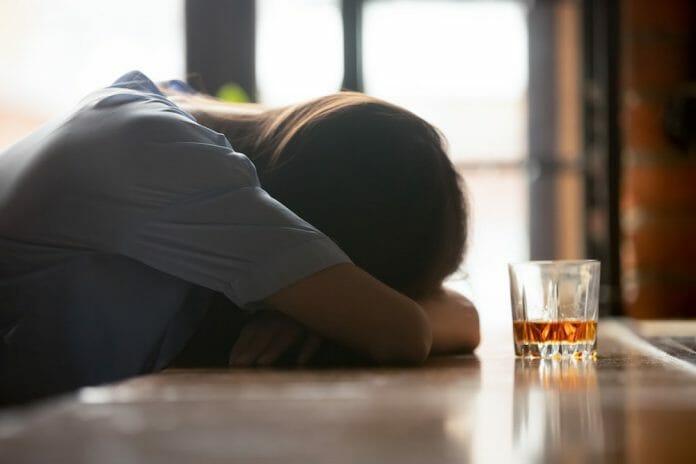 Each April, the National Council for Alcoholism and Drug Dependence (NCADD) sponsors Alcohol Awareness Month to bring awareness of the causes and treatment of the nation’s biggest public health problem: alcoholism.

Many people do not understand that alcoholism is a disease that impacts all walks of life. People are often quick to think of alcoholism in severe situations, but alcohol use disorder is a disease that stems from a variety of factors such as genetics, mental health conditions, exposure to trauma and more. Although the stigma surrounding alcoholism may not seem like a big deal to most people, it has more implications than many people realize including preventing alcoholics from seeking treatment. It is imperative that we shatter the stigma associated with alcoholism to help those find the treatment they need.

Myth: If she just loved herself, her family, her spouse, her parents, or her kids enough, she would stop drinking.

Alcoholism is not about choices, it is not a behavior problem. The main problem of the alcoholic centers in her mind. “At a certain point in the drinking of every alcoholic, [s]he passes into a state where the most powerful desire to stop drinking is of absolutely no avail.” As a result, there is no ability to make a choice to not drink. The question is not about consequences or circumstances. The question is can they quit entirely when they honestly want to?

Myth: She doesn’t look like an alcoholic, she has a job and a family.

1 in 11 women in the US is an alcoholic. Alcoholism is not defined by an individual’s income, social consequences, outward appearance, or the like.

Excessive alcohol use contributes to 261 deaths per day in the United States. Totaling over 95,000 deaths each year, it is the third leading preventable cause of death and kills 1.4 times as many adults from drug overdoses.

Myth: If she would just stop drinking, then she would be okay.

Recovery is more than sobriety alone. While being sober means that an alcoholic is no longer drinking and living under the influence of substances, it doesn’t equate to being “recovered.” Recovery is ongoing and allows an alcoholic to

experience freedom from their disease. In recovery, the alcoholic can see that alcohol wasn’t the problem, but rather a symptom of something larger.

Myth: If it’s not hard to stop when I know I’ve had one too many, why can’t she?

Myth: She has an excuse to drink.

Alcoholism is a mental health disorder. Although some people may begin drinking because of certain life occurrences or to cope with trauma, alcoholism is a disease of the mind and body and is not caused by external circumstances.

Myth: She’d ask for help if she really wanted it.

Currently, less than 1 in 15 alcoholic women (only 6.9%) will seek formal help. Because women face more stigmatization, shame, family responsibilities, and socioeconomic barriers than their male counterparts and more frequently have co-occurring disorders, they are less likely than men to seek treatment.

Myth: Alcoholism and alcohol use disorder are different.

The more commonly used medical term for alcoholism is “alcohol use disorder,” which is defined in the most current Diagnostic and Statistical Manual of Mental Disorders (DSM-5) as “a chronic relapsing brain disease characterized by compulsive alcohol use, loss of control over alcohol intake, and a negative emotional state when not using.” Alcoholism and alcohol use disorder are one in the same- a mental health disorder.

If you’re an alcoholic who can’t stop drinking or a concerned loved one of an alcoholic, the first step in recovery is education and access to resources.

Lisa Kroencke serves as executive director of The Magdalen House, the only North Texas non-profit agency to offer comprehensive, no-cost services to help women achieve and sustain recovery from alcoholism. She began volunteering at the house in 2007 and accepted a Board of Director’s position in 2009. In 2010, she was named Board Chair, bringing more than 20 years of fundraising, communications and board development experience to the position. Lisa has served as a volunteer and board member to more than a dozen non-profit organizations including Dallas CASA, Children’s Medical Center Women’s Auxiliary, Nexus Recovery Center Auxiliary Board, and Dallas C.A.R.E.  She has been in recovery since June of 2007 and has a passion for advocacy and destigmatizing the disease of alcoholism.