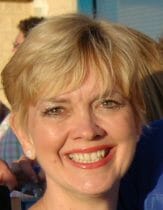 Childwise is a medical advice column for parents of children ages birth to 21.

There is no doubt about it, winter is here. And when the temperature drops and snow starts to fly, there are certain precautions parents need to take to keep their children healthy and safe. To get some tips and pointers, we went to Chris Vitale, Injury Prevention Specialist at UPMC-Children’s Hospital.

Infants and toddlers: Every parent knows that children should ride in car seats, but Vitale cautions against a common mistake – placing a bundled up child in a car seat.

“Of course, you want to keep them warm, but if they have on a big snowsuit or other coat, you’re not securing them as tightly as they should be in the seat,” she explained.

Vitale suggested putting the child in a sweatshirt, secure him in the car seat, then tuck the snowsuit or blanket around him to keep him warm.

“You can even put it on sort of backwards and slide their arms into the sleeves that way,” she said, “That works especially well with older toddlers.”

Older kids, especially teens may fight their parents on wearing warmer coats and hats, but Vitale said, “That is one of those things that you chose your battle. Most of the time, they aren’t out there long enough to do any kind of damage and they aren’t going to catch cold from being cold.”

If the temperatures are below freezing or with a strong wind, and the children are going to be out for an extended period of time (including waiting for a bus), they should dress warmer and cover areas exposed to the elements said Vitale.

“Layering is great and they may be more apt to dress that way – with a thermal shirt or T-shirt as a base layer, then a sweater or other shirt, then a hoodie,” she said. Gloves, hats (those that cover ears, not the ever-popular baseball caps), and scarves that can cover the face when needed are all important items children should wear in the below-freezing temperatures.

“Anything that is exposed is in danger of frostbite or front nip,” she said. Along those lines, frost nip will appear as whitish skin and feels numb; frost bite is when the skin turns white and hard. Any sign of either of these means a quick trip to the doctor’s or an emergency room.

“Don’t rub it – that is what we used to do when we were kids and that can cause further damage. If you can’t get to the doctor’s right away, soak the area in warm water,” she explained, “But you really want to get medical attention as soon as possible.”

Winter sports create another area for parents to use precaution. When choosing sled riding and snow boarding areas, make sure they are away from streets, away from tree stands and avoid areas with rocks and steep hills.

“If there are streets, someone is going to end up in them,” she said.

Kids should wear helmets for all winter sports and ride sleds feet first, not head first.

“They can go much faster on a sled or snowboard than a bike and have a lot less control, so helmets are a must,” she said.

Vitale also said to teach your child to roll off a sled if they have lost control. “Tell them not to worry about the sled, you can always retrieve or replace it later,” she said.

Teens driving in the snow and inclement weather are another concern for parents. Every teen should have 65 hours of driving under her belt before she gets her license, five of that in inclement weather.

“The only way to get practice is to, unfortunately, drive in it, so make sure you or another responsible adult is out with them,” she said.

If a child is caught in the snow, tell them to pull over and call for help or better yet, stay put at a friend’s or other location.

Next month; bullying – how to recognize the signs that your child may be bullied and how to cope with bullying.

Are there topics that you would like to see covered in Childwise? Please email Kathleen Ganster at kganster@verizon.net with suggestions.