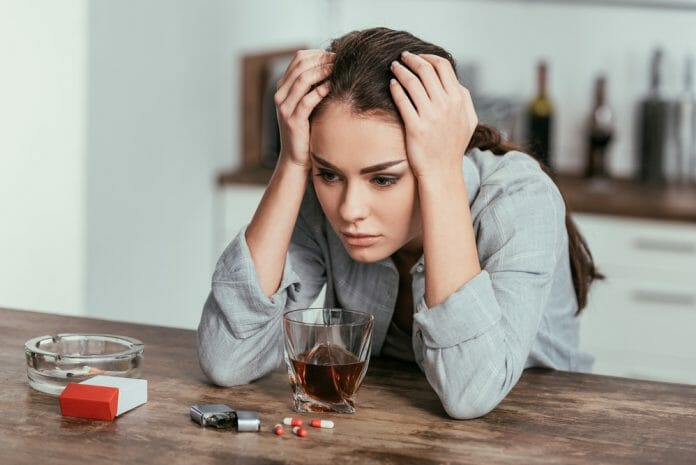 The holidays are a wonderful time of the year, filled with gatherings and lots of festive foods and drinks. But if you are taking medications, it’s vital to be aware of the potential dangers of drinking alcohol. Consuming even a little alcohol can be life-threatening if you are taking a prescription or over-the-counter drug, or even herbal supplements.

It’s a risky dynamic as the type of medicine, amount of alcohol consumed and physical differences relating to a person’s gender, age and weight all contribute to the potential health risks. And along with dangerous reactions, mixing alcohol with medicines may also negate the effects of the medicine being taken.

And interestingly, according to researchers at the Center of Alcohol Studies at Rutgers, it is during this time of year that often makes it more difficult for people to pass up an alcoholic drink, even for those who don’t normally drink or have given-up booze. So while I always want to ensure you understand this – I am turning up the volume on speaking out on this subject during the holidays as mixing medications with alcohol can bring your holidays to a jolting halt, leading to serious health consequences. And while I have shared aspects of this message before, it bears repeating.

Most medications are safe and effective when used appropriately, but concurrent with alcohol use, it can increase the risk of illness, injury, and even death. It is important that you know the facts before drinking any alcohol when you are taking medications or supplements of any kind.

What type of interactions can alcohol have with a medication?

Alcohol is a drug. The U.S. Food and Drug Administration explains that a drug interaction happens when two or more drugs (including alcohol) react with one another. The American Association of Poison Control Centers (AAPCC) underscores, alcohol can interact with prescription and over-the-counter medicines–including herbal remedies–in numerous ways, including:

Are there gender differences?

While both men and women are impacted, women can be even more vulnerable to incur an alcohol-drug interaction. Alcohol dissolves in body water. And because women have less body water than men, they have higher concentrations of alcohol in the blood compared to men after consuming equivalent amounts of alcohol.

Does age factor into alcohol-medications reactions?

Yes. As we age, our body’s ability to metabolize alcohol becomes less efficient and alcohol remains in the bloodstream longer. And too, with aging, the number of medications that we take often increases.

What are some common medications that can interact with alcohol?

The following list is not exhaustive. And it is imperative to note at the start, that if you are taking any medication – prescription, over-the-counter, or herbal – and plan on indulging in any “holiday cheer” this season, the potential exists for an adverse interaction with alcohol. Always do your homework by reading and strictly following warning labels – and talk to your doctor or pharmacist about the effects of combining alcohol and the medications you are taking.  Here are some preliminary understandings – again not comprehensive:

Every year at this time, many severe — and sometimes fatal — overdoses are caused by mixing alcohol and medications. Holidays parties, festivities, and gatherings makes drinking more accessible and even more common. Be aware that drinking even a little alcohol when taking certain prescription, over-the-counter or herbal remedies can be a health hazard.

If you are going to a party or hosting an event, make this a safe and healthy holiday season, and remember: Alcohol and medications may cause serious problems – and don’t drink alcohol without scrutinizing beforehand the risks by talking to your doctor or pharmacist. And if you are not absolutely sure, avoid any alcohol consumption until you can consult with your doctor or pharmacist.