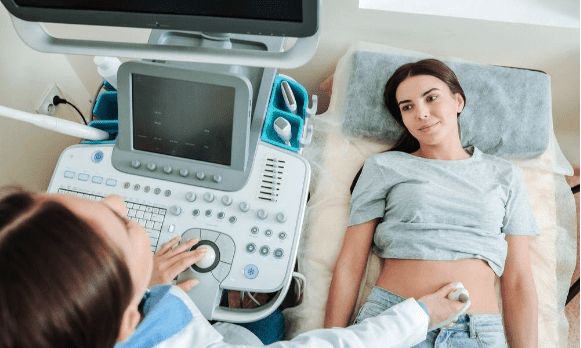 Before medical technology developed into what it is today, doctors had to feel out what was wrong with their patients—literally. Medical professionals would lay their hands on a patient and feel the affected area to determine what was wrong. They would rely solely on experience and their patients’ input to find ailments and injuries. However, come 1956, this would all change. Ian Donald, an obstetrician, and Tom Brown, an engineer, decided to use military sonar from WWII in a clinical environment. They developed the first ultrasound machine for use in a medical environment. So, how does ultrasound work?

Ultrasound, also known as sonography, is a painless, non-invasive way to look inside a patient to give a proper diagnosis. It is a very effective technique that doctors and medical experts use to learn what’s happening inside a patient’s body without having to perform surgery.

Ultrasound is closely associated with pregnancy, but it has other applications. Technicians and doctors can use it to view any internal organs, bones, and structures on humans and animals. But mainly, doctors use ultrasound to monitor fetal development during pregnancy to make sure the baby is healthy.

An ultrasound machine has three basic parts: a probe, a computer, and a monitor. A transducer probe sends and receives sound waves to and from the body. Sound waves pass through the skin and those waves bounce off liquid, bone, tissue, and organs. A computer then interprets the waves returning to the probe and converts them into electrical signals. It then takes the information and makes calculations based on the speed of sound and how long it took the echo to reach the probe. After the computer runs all the numbers, it can create a real-time image of the inside of the body. The probe, computer, and monitor must function together for the doctor to view the image. If any part doesn’t work properly, there will be no image to see.

Traditional scanners can only display a two-dimensional image. As such, industry-leading companies are producing more advanced scanners that can take the same information and create a three-dimensional image. The 3D image uses the same technology and information from the probe but includes multiple angles. An algorithm will use the data to create images through a process called surface rendering. Sophisticated software interprets the reflections and produces an accurate image of the subject. In the case of a baby, the computer delineates body and facial features for a very detailed picture.